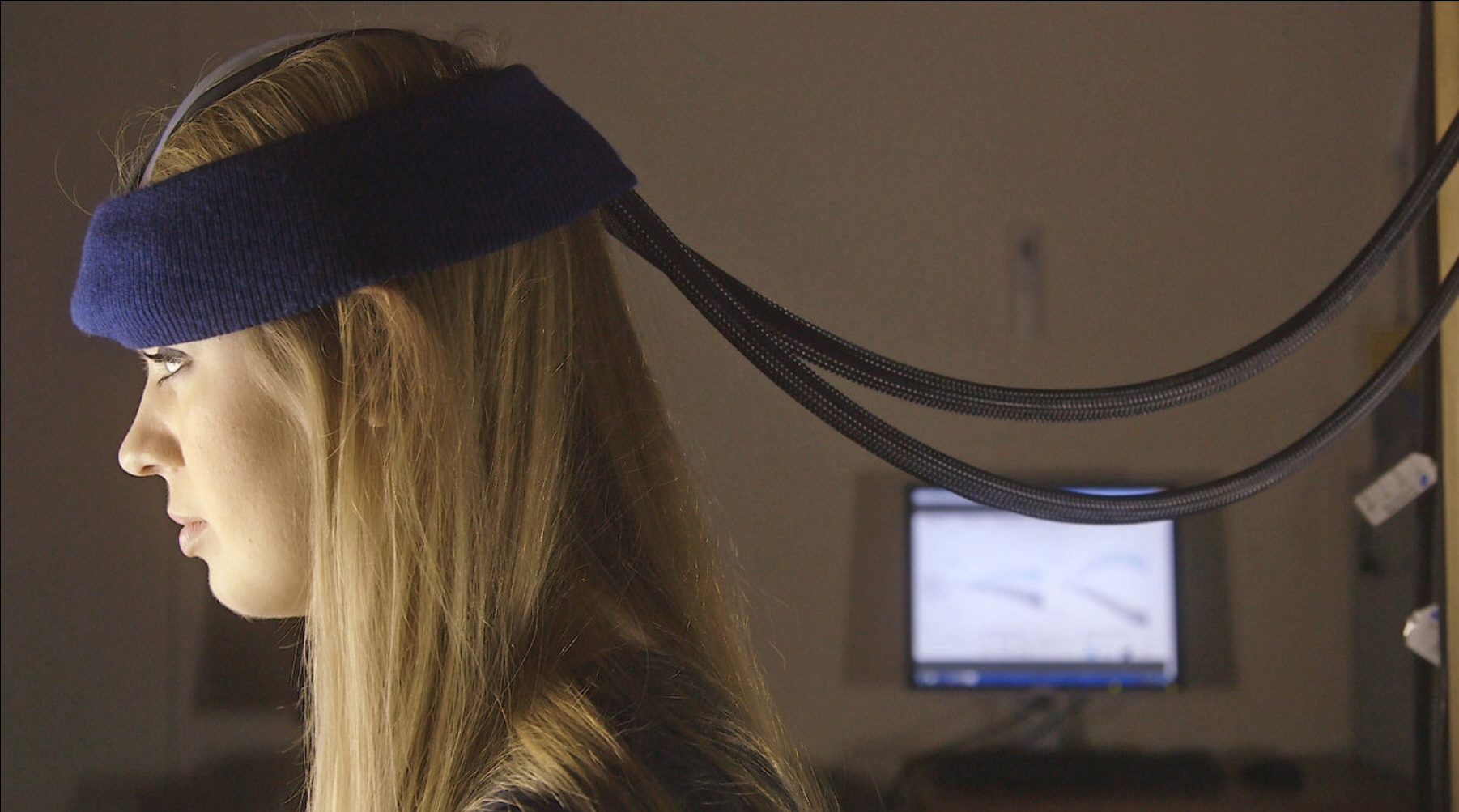 Scientists at a Boston University have developed a mind-reading headband that will let humans communicate with computers through their thoughts and emotions.

Computer scientists and biomedical engineers at Tufts University School of Engineering  say their brain-scanning device lets a computer assess someone's mental state and know if they are bored, fatigued, or sharp, or when their brain is overloaded.

The headband holds small fibre optic cables against a wearer's forehead which beams near-infrared light through the skull and up to 3cm into the brain. Researchers say that by measuring the amount of blood flowing near the surface of the brain they can determine how we are thinking.

Robert Jacob, professor of Computer Science at Tufts School of Engineering, said: "The computer is a very powerful information processing device and the human brain is also very powerful. The two are connected by this miserable low-bandwidth connection of poking things with your finger and seeing pictures with your eye, and user interfaces are complicated and clumsy. Our goal is to make things easier and make this system adapt more to your particular mental state or to your needs and desires".

Ways in which the device could potentially be used include helping to adapt someone's workload depending on their state of mind such as lightening the load of a stressed or tired air traffic controller. Or it could be used to block distractions according to our specific needs and desires.

Tufts researchers are also working on ways to integrate the brain scanner with Google Glass intelligent specs so that the screen display can be changed depending on someone's state of mind. For example, the adapted Google Glass would use a passive measure of the wearer's workload to control when and how to deliver information.

"The actual instrument we are using is a careful, expensive laboratory instrument but all that inside of it is a light-measuring device and some day that could be quite cheap and portable," added Professor Jacob.

2 Responses to Mind-reading headband to link with Google Glass