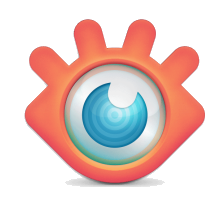 In an increasingly touch-oriented world, the idea of using a command line utility to process images might seem, well, just a little old-fashioned.

And maybe it is. But if you regularly need to resize, rotate, crop or convert multiple images, then there’s still no substitute for a console tool like NConvert.

The program has an enormous amount of functionality, with tools to crop, resize and rotate images; tweak brightness, contrast and color; apply sharpen or blur filters; add watermarks, even remove or edit metadata.

NConvert can work its magic on just about any file, too. The program reads more than 500 image formats, and can export to more than 70.

It is still a command line tool, of course, but don't necessarily assume that makes it difficult to use. Take a look at this example command.

You can probably see immediately that this takes the file pic1.jpg and saves it in the GIF format.

As you can see, the syntax is very straightforward -- no cryptic -d /x -g nonsense -- and this makes both commands very clear. We’re doubling the size of our JPEGs, then saving them as PNGs, before converting our next JPEGs to GIF, while choosing exactly how to reduce our color palette.

There is still some work to be done in reading through the various commands, of course, and figuring out exactly which you'll need.

Once you understand the basics, though, NConvert will give you enormous flexibility. Add it also scripts, and you'll be able to run them on demand; at a particular time of day; when your system starts, is idle or shuts down; before or after you run other programs, and much more.

But if you’re still thinking it's more complicated than you'd like, don’t worry, there’s a GUI version available in XNConvert: try that one first.