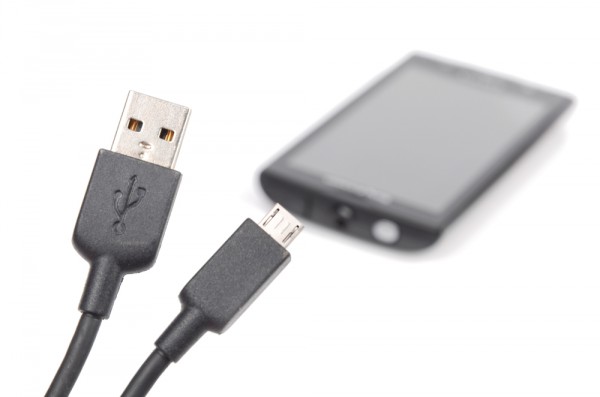 The European Parliament announced last year that the Internal Market Committee plans to impose a universal charger for mobile phones sold in local markets, that will replace the custom designs that are adopted by manufacturers and accessory makers. This initiative is meant to "cut costs and waste for users", according to the announcement.

The European Parliament just revealed that it is moving forward with this initiative, as the draft law has been approved by virtually every voter. "The modernized Radio Equipment Directive is an efficient tool to prevent interference between different radio equipment devices", says rapporteur Barbara Weiler. "I am especially pleased that we agreed on the introduction of a common charger. This serves the interests both of consumers and the environment. It will put an end to charger clutter and 51,000 tonnes of electronic waste annually".

Neither the most-recent nor the initial announcement reveals exactly how this initiative will "put an end to charger clutter", especially if virtually all targeted products continue to ship with a charger in the box. Basically, instead of many having different chargers we, EU residents, will have many "universal" ones lying around.

Ideally, this universal charger will feature a standard voltage and an USB port with a Type C connector, the latter of which allows for cables to be plugged in both ways. The commission has provided no details regarding the design it plans to impose.

Currently, phone chargers have an USB port, but the voltage may vary depending on the type of device it is designed for. Voltage is extremely important for charging, as if it differs compared to the designed value it can damage the battery and the device. For this reason, even though many chargers today may appear to be universal, they are far from it (which, probably, gave the commission the idea for this initiative) aside from the USB commonality.

The move targets a wider range of devices, however. "The draft directive lays down harmonized rules for placing radio equipment, including cellular telephones, car-door openers and modems, on the market. The rules aim to keep pace with the growing number and variety of radio equipment devices and ensure that they do not interfere with each other while respecting essential health and safety requirements".

But, it has yet to be establish exactly which devices fall under this law, as "it will be up to the European Commission to decide which specific types of radio equipment will have to meet this requirement". The matter is complicated as an universal charger of this type, with an USB port, is not suited for a very wide range of applications, like charging PCs and heavy-duty laptops.

It may be counterintuitive to impose a single design in the fast-evolving technology market, as it can stifle innovation. If the European Union gives this universal charger the green light it will have to be future-proof, from the moment the law would go into effect in 2017.