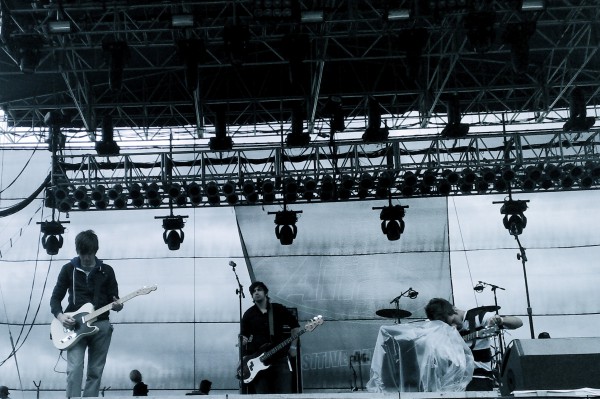 Reader reaction to Brian Fagioli post "Sorry Netflix, but you should pay 'tolls' to ISPs" is quite dramatic. Three-hundred-thirty comments later, some of you demand his head. There is even petition "Band Brian Fagioli from Beta News", in response to the post. I assume the petition creator means "ban" but band is good enough for me. Brian is one of the group.

The story requires no editorial response but I give one anyway. Earlier, a reader emailed that he is done with BetaNews. I think my reply to him will benefit other readers, so I share it, slipping in some additional commentary. I hope this answer will illuminate our editorial policies.

But let me ask: Why is it trolling for Brian to assert that Netflix shouldn’t get a free ride? There are reports that Netflix accounts for as much as 30 percent of U.S. Internet bandwidth. I haven’t confirmed these figures, just recall reading them several places. The figures are suspect, regardless, for reasons stated in the next paragraph.

The whole net neutrality issue is complex -- much, much, much more so than most news reports suggest. There are too many conflicts of interest among all participants. For example, Netflix threatens the traditional cable TV/IPTV business, from companies who also happen to provide Internet access to most American homes. The companies' motivations to throttle Netflix or demand tolls must be suspect. I encourage writers here to ask about everything: “Who benefits?” The answer matters more in situations when there is so much obvious conflicts of interest. These Internet providers seek to protect their TV monopolies. Arguments about ISP infrastructure costs as justification for imposing tolls, while being somewhat justified, smokescreen other motivations.

But the “Who benefits?" question also applies to Netflix, which now as a public company has more to risk. Share prices often rise or fall based on perceptions, and investors have proven to be fussy about metrics like margins, and, in Netflix’s instance, number of subscribers. Then there is the Comcast-Time Warner merger, which is subject to regulatory approval. Surely, Netflix is concerned about the outcome -- the two largest cable providers becoming one.

Netflix CEO Reed Hastings carefully, but in my reading quite deliberately, highlights the toll paid to Comcast, in his post yesterday:

"Netflix believes strong net neutrality is critical, but in the near term we will in cases pay the toll to the powerful ISPs to protect our consumer experience. When we do so, we don’t pay for priority access against competitors, just for interconnection. A few weeks ago, we agreed to pay Comcast and our members are now getting a good experience again. Comcast has been an industry leader in supporting weak net neutrality, and we hope they’ll support strong net neutrality as well".

Netflix will never have better opportunity to leverage position against Comcast than right now, during the proposed merger's regulatory oversight. Perhaps it’s coincidence, or not, that Hastings' commentary about Internet tolls comes the same day as Comcast’s S4 filing with the Securities and Exchange Commission. Then there is the January court ruling striking down the Federal Communications Commission's net neutrality rules. If I rightly understand them, new proposed rules would prohibit the kind of toll Netflix pays Comcast.

I see Brian applying the “Who benefits?” question to Netflix and appropriately responding, by presenting another point of view. Brian questions aspects of Reed’s argument that below the surface are self-serving. As journalists, our first obligation is to readers and affirmatively illuminating events or circumstances -- not just reporting who, what, where, and when but why. What does it mean?

Brian is right when writing, for example:

"While I applaud anyone for outwardly fighting for the little guy, I am dubious that Hastings is sincere. Business is business and Netflix just does not want to pay. Net neutrality is a great thing and for the most part, the internet should be unfiltered and ISPs should be as hands-off as possible. However, in this case, Netflix's impact is just too large -- the company should not use 'the plight of smaller services' and Net-neutrality as a shield”.

I sympathize with your feeling about BetaNews: "Either some writers have become trolls, the site has turned to clickbait, or they are being paid by ISPs to post rubbish”. We don’t clickbait. We write to engage readers, as I explain today in a post on my personal site: "Good Headlines provoke readers”. Brian’s headline is provocative and you may disagree with the story, but he isn’t “paid” by anyone other than BetaNews for writing it. He serves your interest, and that of other readers, by questioning Reed’s arguments after applying question “Who benefits” to them.

I also know that from interactions on chat or in the newsroom that Brian, like all of us here, support net neutrality. He takes a seemingly contradictory position to his own, because that’s in the best interest of readers. His story has over 300 comments -- or 5 times the number to Hastings' original post. You can be sure, regulators are watching the Internet to gauge public reaction to issues like net neutrality -- in context of the Comcast-Time Warner merger and pending FCC rules. Raising awareness and discussion is in the public interest, something most journalists vow to serve.

If Brian’s story is the only one BetaNews might ever write about Net neutrality, I would wholeheartedly agree with some people shouting 'troll'. But we are many voices deliberately presenting different points of view.

Brian chooses to directly address Hastings' arguments, but I will go further. Because Netflix threatens cable and IPTV companies, incentives are high to make someone pay. Would you like your ISP to pass along extra fees for bandwidth use, or simply throttle your consumption? Because that’s the flip side of this whole Net neutrality debate. Netflix might avoid long-term tolls, only to put cable and IPTV subscribers in position to pay instead.

This topic is complicated because of conflicting interests, not just conflicts of interest. Netflix isn't any more your friend than your local TV/Internet provider. Most of our previous reporting rakes ISPs. Brian's post puts focus on Netflix, too. Like I say, we are many voices.

But I will address the whole clickbaiting thing. We have a no-clickbait, no-linkbait policy at BetaNews. But we are provocative, for different reasons, which are best summarized in a paragraph from my book Responsible Reporting: Field Guide for Bloggers, Journalists, and Other News Gatherers. The paragraph applies to writers:

I don’t advocate linkbaiting, which seeks to maximize links among aggregators and some social hangouts online; it’s an advertising and attention-getting tactic. Snappy and provocative headlines predate the Internet by a century or so. Your goal is the same as print-era journalists -- to get people to stop and read. Provocative headlines capture and engage audience. A solidly sourced and reported story behind a provocative hed is altogether different from linkbait. Your objective is audience, not quick clicks or links.

We don't write for Google News or Search. We don't write for pageviews or advertisers. We write for you, our readers. We will provoke you. Because you are part of the story, which is why we have comments. The story doesn't stop when posted but starts and continues with your response to it and to one another.