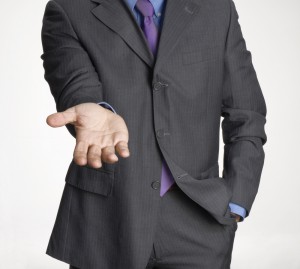 Last week in the UK, the announcement of the new budget for the country was closely watched as citizens kept an eye on whether they'll be paying more for beer and whether taxes are going up or down. There's a lot to talk about in George Osborne's 2014 budget, but this is not the place to discuss most of what it involves. One thing is of interest for technology enthusiasts, though. The cost of digital downloads -- meaning ebooks, music and apps -- could be set to rise as the chancellor (the guy holding the purse strings) closes a tax loophole.

At the moment, companies offering digital downloads are able to avoid paying taxes in the UK by routing them through another country where taxes are lower. This is not a new technique, and there is nothing illegal about it. It is a loophole that has been exploited for many years, but now plans are afoot to close it off. What is this likely to mean? Well, it should come as no surprise that, ultimately, it's probably going to lead to higher prices for people in the UK.

The government will legislate to change the rules for the taxation of intra-EU business to consumer supplies of telecommunications, broadcasting and e-services. From 1 January 2015 these services will be taxed in the member state in which the consumer is located, ensuring these are taxed fairly and helping to protect revenue.

As things stand at the moment, UK consumers already -- generally speaking -- pay more for digital downloads. A $0.99 price tag in the US usually results in just swapping the dollar sign for a pound sign for UK sales; $0.99 becomes £0.99. At the current exchange rate $0.99 equates to £0.60, so there's already quite a nice bit of extra profit being generated from the UK market.

The plan is to make UK tax payable in whatever country sales are made. With VAT (Value Added Tax) currently standing at 20 percent, sellers will either have to take quite a hit on a nice little profit, or pass the extra costs onto consumers. If tax becomes payable in the UK for digital downloads, it is unlikely that the costs will simply be absorbed by companies -- it is far more likely that they will be passed onto the buyer. So in spite of the fact that a game that costs $0.99 in the US costs significantly more in the UK, it looks as though the pricing difference could become even more marked.

On the face of it, the extra money raised from taxes would be good news for the UK economy. It is estimated that in 2012, the treasury missed out on around £1.6 billion on tax that could have been applied to digital goods. But the £0.99 price point is important psychologically. Raising prices never goes down well, but breaking the £1 barrier is something consumers are liable to struggle with, mentally if not financially. There is potential for the government to rake in millions through this form of taxation, but there is also the risk that the price increases will lead to a drop in sales, hurting developers, authors, musicians and the movie industry. Is that a price worth paying?