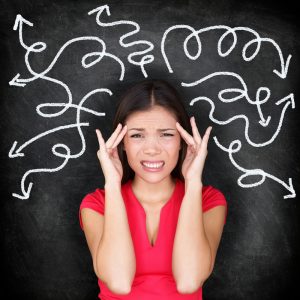 Build 2014 has seen lots of revelations already -- a free version of Windows is on the cards, universal apps for different devices will make the lives of developers rather easier, and a raft of new Windows Phones are just around the corner -- but there is one that is particularly intriguing.

During the keynote speech today Microsoft also revealed something else. That it is changing its bloody mind yet again. The Start menu is going to make a return. Yep. The Start menu that was shunned is coming back.

Having spent time, effort and, presumably, money trying to convince users that Windows 8.x's Start screen is the way ahead -- even naysayers such as my good self have to admit that it at least provides a consistent experience between Windows Phone, Xbox One and Windows -- it seems strange that Microsoft is considering reverting to an old-style menu once again. Is this a case of flip-flopping, or a matter of giving people what they’re asking for?

The split personality of the Windows 8.x experience has divided opinion and with the soon-to-be-released Update, Microsoft is looking to pacify those who find the latest version of Windows to be a frustrating experience. What Update does not include, however, is a Start menu. Sure, there is a Start button, but the Start screen that you either love or hate is still there -- albeit in a slightly tweaked form. But when talking about Windows for the Internet of Things (a new name will, I sincerely hope, be thought up before launch) Microsoft showed a slide that featured a miniature Start menu.

Now it's not quite clear when this might see the light of day. Is it going to be included in Windows 8.1 Update? No. Could it be in Windows 9? Who knows. There's a chance that there could be a post-Update update (if you follow me!) which introduces the re-designed (de-designed) Start menu, but we're still waiting to hear more details.

On the one hand, this is the Start menu that millions of users have been asking for. It looks much the same as the Start menu just about everyone loved in Windows 7. But, of course, it has been slightly updated. The right side of the Start menu is home to a miniature set of live tiles just like those that appear on the current Start screen.

On the other hand, it demonstrates the indecisiveness I have accused Microsoft of in the past. If the Start menu was to be replaced by the Start screen, Microsoft has not done a very good job of selling it to users, seemingly willing to change things at the drop of a hat, and even revert to features from a years-old version of Windows to keep people happy.

If the mini Start menu does make an appearance, it goes against the One Windows vision that Microsoft has been setting out -- that is, unless the same Start menu is introduced to Windows Phone, tablets and Xbox One, but this seems unlikely.

It goes without saying that it is in the interest of every company to give its users what they want, but pandering to every demand is not the sign of a strong company that knows where it wants to be going. Microsoft needs to man up and decide, once and for all, what it intends to do with Windows.