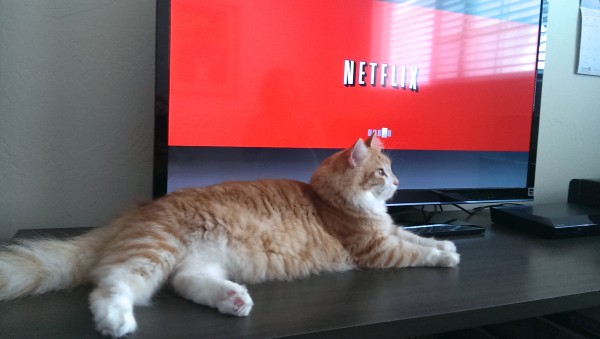 Last month there was a bit of controversy over a deal between Comcast and Netflix. Many, but not all, thought it unfair to force the streaming service to pay up in an effort to provide reasonable service to its customers. The entire net-neutrality issue reared its head, as it appeared to some that Comcast was intentionally slowing traffic to the service in an effort to extract extra money.

Regardless of your feelings on this, Netflix paid to play, and Comcast's speed for streaming media miraculously improved.

The company offers a monthly report, however, and the most recent one has just been published. Comcast moved up six spaces on the chart. Speeds increased from 1.51 Mbps to 2.5 between January and March -- a 65-percent climb. However, it still left the ISP ranked at number five, behind others who have not demanded a toll (yet).

"The Netflix ISP Speed Index is based on data from the more than 44 million Netflix members worldwide who view over 1 billion hours of TV shows and movies streaming from Netflix each month. The listed speeds reflect the average performance of all Netflix streams on each ISP's network and are an indicator of the performance typically experienced across all users on an ISP network. A faster network generally means a better picture quality, quicker start times and fewer interruptions", writes Joris Evers of Netflix.

The company also saw increases from service providers in other nations, including Norway, Denmark, Costa Rica, Jamaica and more. Speeds listed in the test results can vary for multiple reasons, including the encoding methods, as well as device and home network set-ups. 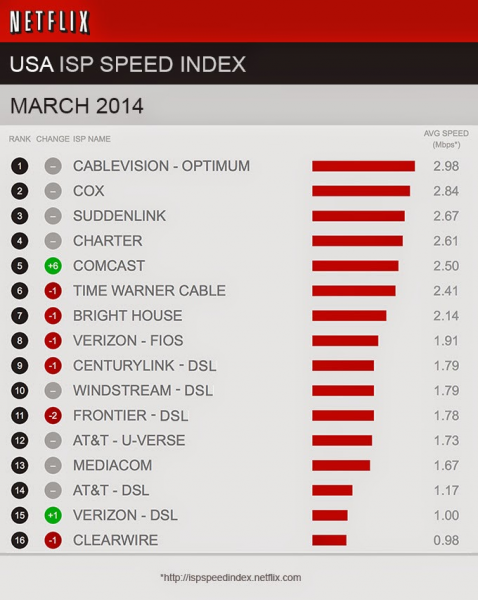