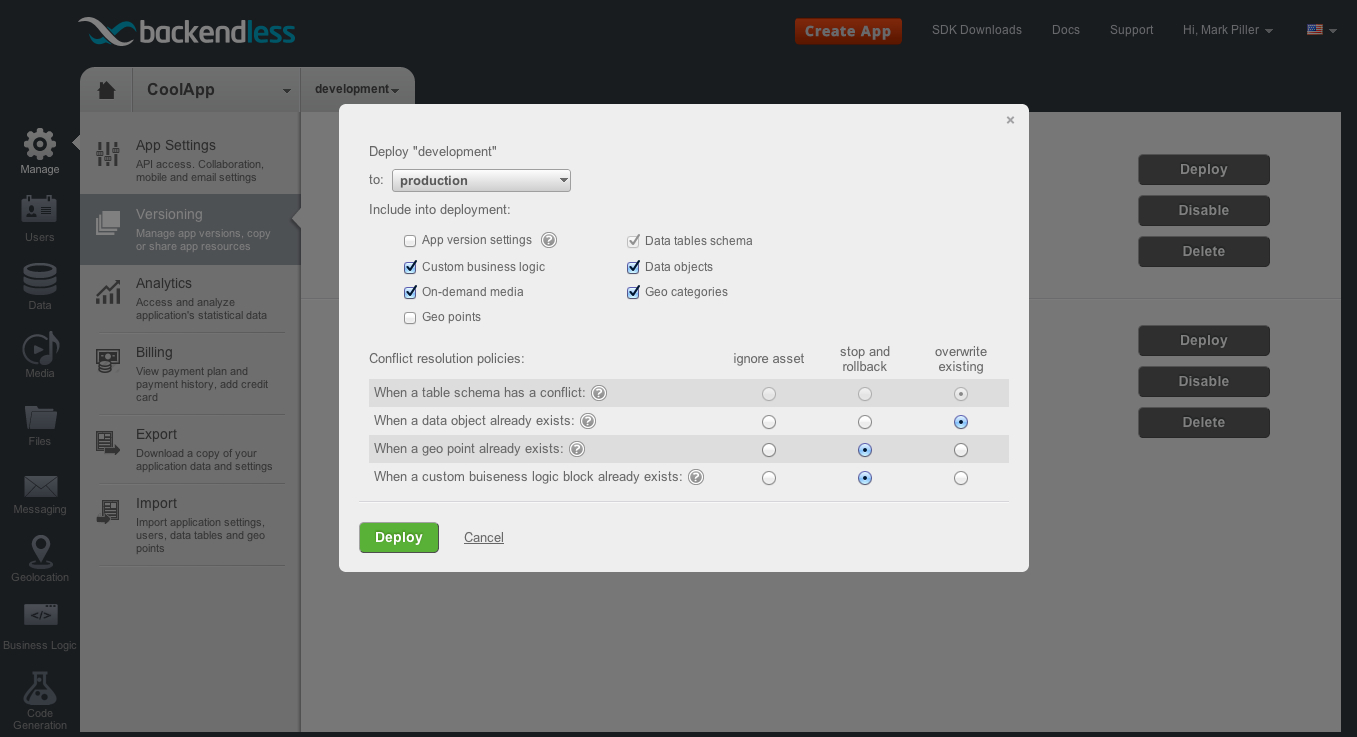 Coding applications in the traditional way is starting to look very 20th century, as in recent months we've seen more and more platforms launched with the aim of streamlining the development process.

Texas-based Backendless is the latest to enter the fray with a backend-as-a-service offering for desktop and mobile developers that's now leaving its beta phase.

By removing the need for writing code on the server-side, Backendless lets users develop applications around 50 to 100 percent faster than normal, giving developers the chance to focus more on the process logic and the client-side of the applications.

"We're passionate about Backendless because it is a paradigm shifting technology. It could have a profound impact on the whole generation of software developers and completely change the way applications are built," says Founder and CEO, Mark Piller.

The SDKs developed by the company are available for iOS/Mac OS X, Android/Java, Windows Phone/.NET, JavaScript, and ActionScript developers. There is also a REST (REpresentational State Transfer) interface suitable for any application. Backendless is language agnostic and can create standalone applications without any cloud dependencies.

In addition, the company is planning a release to integrate its services with Google Glass. By using code generation techniques and model-driven development, Backendless simplifies the process for developers building apps for Glass. Users will be able to easily customize and enhance their apps with custom voice commands to tap into Backendless services.

You can find out more about how it works and sign up for a free trial on the Backendless website.