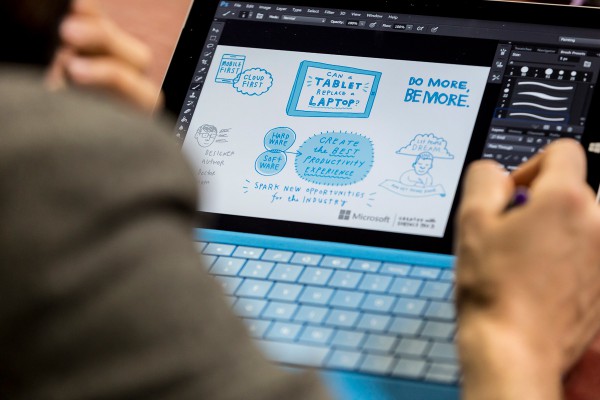 Microsoft just announced a bigger and badder Windows 8.1 hybrid PC, pitched by the company as a laptop and tablet replacement that outclasses Apple's mighty MacBook Air. Offered in five significantly different configurations, which range from an affordable $799 to an eye-watering $1,949, on paper the Surface Pro 3 looks like a device that can be used by undemanding users and professionals alike.

The Surface Pro 3, powered by Intel Core i5 processors, is said to launch on June 20, while the less powerful Core i3 and faster Core i7 configurations are expected two months later, on the last day of August. Interested buyers, however, can pre-order one now.

Microsoft Store offers the new Surface Pro 3 for pre-order in all configurations, along with a number of accessories like the Surface Pro Type Cover. It is worth pointing out that Microsoft does not make it clear which Surface Pro 3 gets 4 GB of RAM or 8 GB of RAM, on its site. Prices are as follows (not including any accessories, like a keyboard):

If you want to get a Microsoft-branded keyboard for the Surface Pro 3 you have to add $129.99 for a Surface Pro Type Cover. Other accessories, like a $199.99 docking station, will be available around launch time.