IBM back in the USSR? 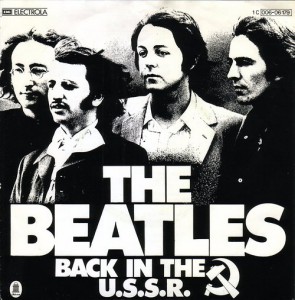 My book, The Decline and Fall of IBM, is now available in paperback, on the iPad and Nook, as well as on the Kindle. A dozen other platforms plus an audio book will be available shortly, but these are the big ones.

Over the weekend I received a very insightful message about the book from reader Steve Jenkins in Australia, where IBM is showing the same behavior problems as everywhere else. Steve has an insight into Big Blue that I wish I had thought to include in the book because I believe he is absolutely correct.

"Finished your e-book, but skimmed the blog comments," wrote Steve. "The ‘Financial Engineering’ is important: the C-suite is converting 15 percent of the company into share ‘value’ each year to feed their bonuses. Is that a 6-year half-life? It’s a technique with a limited application, but could work well for a decade.

"Reading your analysis, I was wracking my brain trying to think of precedents, in the Industry and really couldn’t. Not even Unisys. But there is one, it’s glaring, obvious and should be frightening to shareholders & customers: Communist USSR & the Eastern European Bloc.

"Same deal, I think. Cooked books, pain for the working classes, luxury and riches for the Ruling Elite, Ethics & Morals of no consequence. And those ‘Five Year Plans’ are the same: full of certainty and false promise, based on measuring and rewarding the wrong things (like tons of nails made) -- with no concern, checking or consequences for gaming the system.

"You absolutely nailed one of the Cultural problems: 'The Big Bet'.

"I don’t think IBM’s Board & C-suite is in denial. I suspect it’s more like the Kremlin in 1988 and I don’t have good words for it. Fantasy Land, definitely. Disconnected from Reality, certainly. Denial implies some recognition or understanding of the truth".

Thanks for the insight, Steve. Yes, IBM in 2014 is the Kremlin in 1988 with the big question being whether Ginni Rometty is Mikhail Gorbachev? I don’t think she is. Gorbachev at least took a shot at trying to manage the transition which Ginni so far has not. That would make her Gorby’s predecessor, Konstantin Chernenko, who died in office.

I suspect that will be Ginni’s fate, too, at least metaphorically. As more people read my book and come to understand not just the house of cards that IBM has become but that it’s just an extreme example of what’s happening all over American big business, IBM’s board will come to life and try to save itself by ejecting her in favor of a more Gerstner-like character.

My next column (the last in this series I’m sure you’ll be happy to know) is about the probable endgame for IBM.