Why you may want to buy a BlackBerry again 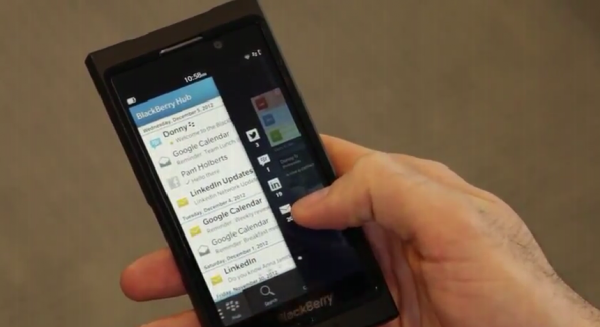 Canadian mobile maker BlackBerry may have just cracked its biggest problem -- the weak BlackBerry 10 OS ecosystem -- as it just signed a licensing agreement with Amazon, which will bring the Android Appstore to its ailing smartphone operating system.

When the upcoming BlackBerry 10.3 OS launches this fall, more than 200,000 new apps will be available on the platform, on top of what BlackBerry World already offers. The latter is likely to feature more apps that leverage BlackBerry 10 features, while the former will take on the role of filling the biggest gaps, caused by missing popular titles like Candy Crush Saga, Netflix and Minecraft, among others.

Thanks to this app infusion, which will bring popular and powerful services to its platform, BlackBerry will shutter the music and video sections in BlackBerry World on July 21. Content downloaded prior to this date will still be available via MyWorld, says the company.

For those who are not aware of it, BlackBerry introduced the ability to install Android apps in BlackBerry 10 as a runtime. The first iteration supported only Android 2.3 offerings, while its successor introduced support for Android 4.2.2 software. BlackBerry World has crossed the 100,000 app mark last year, aided by the Android app compatibility.

It will be interesting to see how this deal will impact BlackBerry 10 smartphone sales, which have lagged behind BlackBerry's legacy devices, now that consumers no longer have to give up quite so many of their favorite apps to buy one of the Canadian maker's handsets. This deal will also effectively give BlackBerry 10 an advantage over its closest competitor, Windows Phone, which only touts 250,000 offerings in its Store (and also continues to struggle to attract top-tier developers).