Customize and configure your PC with Windows Tweaker 5.0 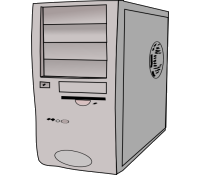 Windows is a highly configurable operating system, with hundreds of settings and options available. But taking full advantage of this can be a challenge, as many settings are buried deep in the Registry, while others are scattered around a host of programs and applets.

Windows Tweaker aims to help by giving easy access to 100-plus system tweaks (on Windows Vista and later) from a single interface. It’s portable, open source and entirely free of adware and other annoyances, so we downloaded the latest version 5.0 to take a look.

The program has a surprisingly sparse interface. While most tweaking tools try to impress you by displaying just as many options on one screen as they can, here everything is spread across 11 categories and 50-plus subcategories. This does give it a clean, uncluttered, modern look, though, and a search tool means it’s easy enough to find tweaks: just type a keyword -- “desktop”, say -- and any related options are listed.

We also suspect there are a few bogus tips which do precisely nothing at all, such as “unload unused DLLs after an application is closed”. These won’t do any harm, either, but what they suggest is the developer has assembled his tweaks by just copying everything he’s seen on other tip sites, which doesn’t inspire much confidence.

Despite that, there are also plenty of useful options. A “Right-Click” section, for example, can extend your file/ folder context menus with options like “Copy to…”, “Move to…”, “Encrypt”, “Decrypt”, “Open with Notepad”, and more.

Maybe you’d like to limit the harm a non-technical user can do to their system? The “Restrictions” menu can disable the Registry Editor, Task Manager, Control Panel, even the right-click option in Explorer.

There are several other tweaks which normally require Registry access. You can have your system show a message before a user logs on, for example. There’s an option to set the number of icons displayed when Alt+Tabbing. Interface tweaks include adding Recycle Bin to My Computer, and extending Control Panel with a link to Registry Editor.

We have a few minor issues with the program. In particular, it occasionally tells us that a particular tweak is only available in this or that version of Windows. Well, great, but why not simply hide that tweak if it’s not available on the current system?

Windows Tweaker has one or two problems, then, but there are also some helpful and time-saving tweaks here, and the search tool makes them easy to find. Give it a try.

3 Responses to Customize and configure your PC with Windows Tweaker 5.0