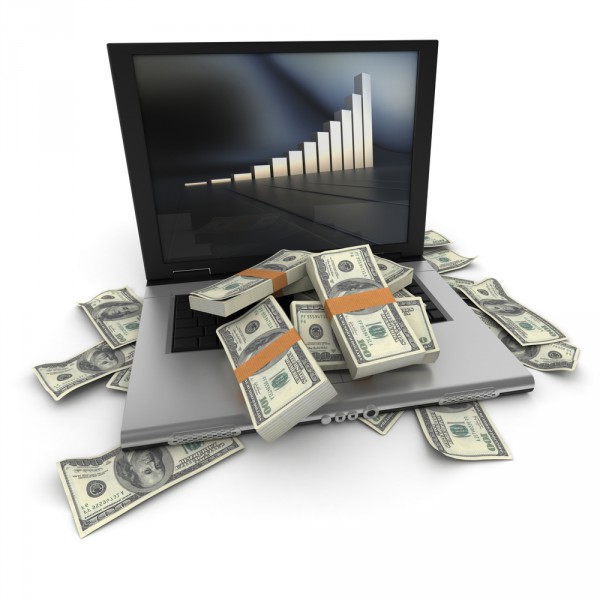 The most popular computers nowadays, mobile devices such as smartphones and tablets, are full of compromises. Sure, they are sexy and fun to use, but hardly ideal for true work and creation. Hell, the "smart" in smartphone is starting to feel like a misnomer. A true desktop operating system coupled with a laptop, desktop or hybrid form factor will offer the most functionality and success.

Consumers have overlooked these mobile shortcomings as they have been mostly consuming content at home. However, the tides may be changing -- it feels like the consumer love-affair with mobile devices is starting to wane. Smart-watches may be the straw that breaks the camel's back. People are tired of retrofitting their desired computing to small screens. How about using an actual PC, rather than try to get PC functionality from a mobile device? Crazy concept, I know. Today, IDC announces that PC shipments are showing strong growth in the USA for Q2 2014, year-on-year.

"Worldwide PC shipments totaled 74.4 million units in the second quarter of 2014 (2Q14), a year-on-year decline of -1.7 percent, according to the International Data Corporation (IDC) Worldwide Quarterly PC Tracker. The results reflect the smallest decline in global PC shipments since the second quarter of 2012 when declining shipments of mini notebooks combined with a surge in tablet sales to disrupt the PC market", says IDC.

The company further explains, "the U.S. market showed strong 6.9 percent year-on-year growth in the second quarter of 2014. Continuing upgrades of Windows XP systems boosted shipments in commercial portables and desktops, helping the commercial segment. At the same time, retail acceptance of emerging product categories such as Chromebooks and ultraslims helped the consumer segment to stabilize. HP continued to hold the lead and gained 2% market share while four of the top 5 vendors experienced double-digit growth for the quarter. Lenovo and Toshiba took advantage of some consumer interest in Windows 8 and a push to build up their presence in large enterprises".

IDC highlights the top 5 PC vendors in the USA based on 2Q14 shipments:

And the top 5 PC vendors worldwide:

While the USA is not the only factor when analyzing this data, it can be argued that the country is a safe barometer, or crystal-ball. In other words, strong growth in the USA may be a good sign for future global shipments. IDC theorizes that much of the strength in the market is due to business purchases, upgrades from XP machines and an increased consumer interest in Chromebooks. The really telling sign however, will be if this trend can continue for two consecutive quarters -- analysts should be excited to see how Q3 turns out.

Are you growing tired of compromises with mobile devices such as iPads and Android phones? Have you had a renewed interest in full-fledged PCs like desktops and the Surface Pro 3? Tell me in the comments.