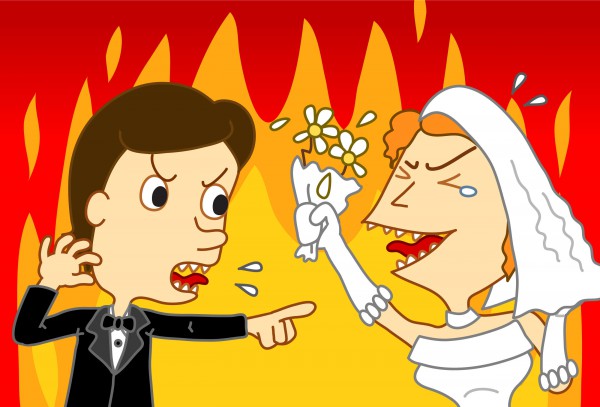 For years, Steve Jobs fought the good fight against IBM and IBM compatibles. Heck, Apple was the anti-IBM. Sure, the fruit-logo company was out to make money, but not at any cost -- products and perception mattered. To many Apple enthusiasts, IBM was looked at as a dinosaur. Ultimately, IBM failed as a personal computer company, but thrives today offering services. The once mighty ThinkPad line is now property of the Chinese, by way of Lenovo. Apple stands strong in America.

Boy oh boy, Jobs must be spinning in his grave. Today, Apple and IBM join forces to strengthen iOS for the enterprise. Make no mistake, this is not Apple throwing IBM a bone. No, IBM is the stronger enterprise brand lending legitimacy to the iPhone and iPad for business. Big Blue is hired muscle for Apple.

"The new IBM MobileFirst for iOS solutions will be built in an exclusive collaboration that draws on the distinct strengths of each company: IBM's big data and analytics capabilities, with the power of more than 100,000 IBM industry and domain consultants and software developers behind it, fused with Apple's legendary consumer experience, hardware and software integration and developer platform. The combination will create apps that can transform specific aspects of how businesses and employees work using iPhone and iPad, allowing companies to achieve new levels of efficiency, effectiveness and customer satisfaction -- faster and easier than ever before", says Apple.

Tim cook shows a sign of weakness by saying,“iPhone and iPad are the best mobile devices in the world and have transformed the way people work with over 98 percent of the Fortune 500 and over 92 percent of the Global 500 using iOS devices in their business today. For the first time ever were putting IBM's renowned big data analytics at iOS users’ fingertips, which opens up a large market opportunity for Apple. This is a radical step for enterprise and something that only Apple and IBM can deliver".

Did you catch that? A three-letter word that signals fragility -- and. Cook says "something that only Apple and IBM can deliver". Whoa, you mean Apple cannot accomplish this on its own and needs to partner with IBM? Steve Jobs would never admit to such a thing. No, he would have spun it as if Apple was doing IBM a favor.

The partners tout the following benefits of the union:

Some may say this is no big deal and that Apple is being proactive in anticipation of a major grab for the enterprise. While the move may be smart, it signals a drastic departure for both companies of year's past. I mean come on, IBM is going to sell iPads and iPhones. Big Blue selling Apple computers? This is madness, people -- pure madness.

What do you think of this partnership? Tell me in the comments.