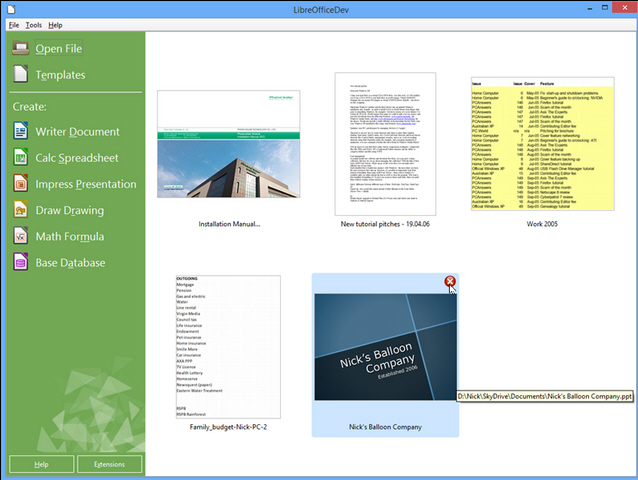 The Document Foundation has released LibreOffice 4.3 FINAL  for Windows, Mac and Linux. The new release sees some notable user-interface tweaks, performance enhancements and a number of new and tweaked features.

The improvements to document interoperability focus support for OOXML Strict, OOXML graphics improvements and add the ability to embed one OOXML file inside another.

Also added are support for 30 new Excel formulas, Works spreadsheets and databases and a number of Mac legacy file formats, including ClarisWorks and MacWorks.

LibreOffice 4.3 also adds support for importing and exporting nested comments in ODF,DOC, DOCX and RTF files, while users can now opt to reformat all the comments in a document simultaneously. Comments can now also be printed in the document margins.

Improvements to Calc’s spreadsheet handling include the smarter highlighting of formulas in cells, the addition of the number of selected rows and columns to the status bar, the ability to start editing a cell using the content of the one above it and being able to fully select text conversion models by user.

The Start Center also gains some improvements, the most notable of which is the fact it now offers previews of all file types, not just OpenOffice’s own native ODF format. Users can now also selectively delete recent documents by rolling their mouse over a document and clicking the delete button that appears.

Another user-interface tweak sees the default Tango icon set get a general update that includes the addition of new icons for the sidebar.

The PDF import filter has been significantly improved with this release – enhancements include improved display and editing of rotated text, correctly detected colours and whitespace and support for dashes.

Writer users gain a number of improvements in LibreOffice 4.3. The character limit in paragraphs has been raised from 16-bit (65,535 characters) to 32-bit (over two billion characters). The navigation buttons have also been moved from below the scrollbar to the Find bar.

LibreOffice Productivity Suite 4.3.0.4 is available now as a free, open-source download for Windows, Mac and Linux.