Google Maps goes to space -- explore Mars and the Moon 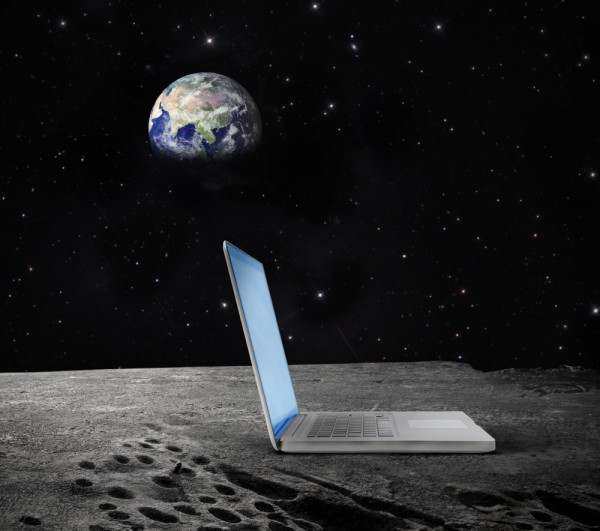 We recently celebrated the 45th anniversary of the Apollo 11 landing, which saw Neil Armstrong become the first man to set foot on the moon. As a young man, I remember respecting astronauts, such as Mr. Armstrong, as American heroes. Quite often, I would stare into the night sky and dream of exploring the moon's surface like them. Sadly, from what scientists have told me, it is not made of cheese.

Even without mozzarella or muenster, I still want to experience other planets and moons. While private trips to space are becoming a reality, it is reserved for the super-wealthy. Average working folks, like you and I, will just have to keep on dreaming, right? Not so fast. Today, Google announces the ability to explore Earth's moon and Mars in Google Maps. Your impossible dream of space travel can now be achieved!

I just had to try it myself by going here. Everything works as you would expect. You can click and drag both Mars and the Moon and rotate them. Once you find a section that you want to explore, you can zoom in and out -- it is exactly how it works with Earth. Unfortunately, there is not much going on in either place. I tried to find the American flag on the Moon, but was unsuccessful; there was nothing but craters everywhere. Even worse, Mars had no aliens and the lady with three breasts from the movie Total Recall was nowhere to be found.

Google is teasing this new feature with the following video:

Do you think exploring the Moon and Mars on Google Maps is cool? Tell me in the comments.