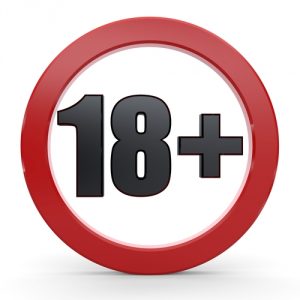 Head to the stores to look for real, physical DVDs and Blu-rays, and you'll probably find that there's an age rating on them. Now plans are afoot to bring the same idea to the web. As insane an idea as this may sound, this is actually happening, and it is completely pointless and unworkable. Initially starting off with the involvement of YouTube and Vevo, the scheme is the brainchild of UK Prime Minister David Cameron and will start as a pilot program in October. It's something that is likely to appeal to concerned parents, but the practicalities are a rather different matter.

Announcing the ratings plan, Cameron said: "We shouldn't cede the internet as some sort of lawless space where the normal rules of life shouldn't apply. So, in as far as it is possible, we should try to make sure that the rules that exist offline exist online. So if you want to go and buy a music video offline there are age restrictions on it. We should try and recreate that system on the internet".

No details have been given about just how the scheme will work -- probably because it won't work. As I see it, there are two possible outcomes, neither of which will have any of the effect Cameron was hoping for. If videos are simply assigned ratings, viewers will know ahead of time the type of content they are likely to be letting themselves for: a PG-rated music video is going to be more "suitable" for a younger audience than a video rated 18 or X.

For the prudish, it could be a helpful system that will guide them away from content they might be upset by, but the labels also serve as a beacon to children. An 18 or X label just screams "here be swearing, nudity, and all sorts of other fun things". This is clearly the reverse of the effect that Cameron is hoping for, but it's a likely outcome. Make a fruit forbidden and it becomes all the more enticing. Factor in the inability of websites to verify ages, and video ratings are purely FYI.

The second possible route is that -- assuming there are actual checks and real legislation in place -- sites will become inundated with kids creating fake accounts that indicate they are over the age of 18 or 21. In a video store, should a shopkeeper (in the UK, at least) sell an 18-rated movie to someone under the age of 18, there are fines that can be handed out. How would this work online? There are millions of kids online who have become used to the idea of virtually unfettered access to the internet. If they want to get hold of something, they will. It's that simple. Unless the likes of YouTube and Vevo are threatened with fines, what incentive is there for these companies to actually police their users? None.

How is it policeable? The internet is a global entity, and laws surrounding what is deemed acceptable for different age groups around the world differ from country to country. A video rated PG in Europe might be an 18 in the US and vice versa. It's a scheme that's going to create nothing but confusion and bureaucracy. And what does bureaucracy mean? Cost increases. Cost increases that have to be passed on to users in one form or another.

Oh, and the really funny thing. Cameron's proposal only covers music videos. On just about every level it is completely and utterly pointless. It is nothing more than yet another politician trying his damnedest to appear to be doing something, protecting families, and upholding values. In the pilot, there are only two sites involved, and three major record labels (Sony, Universal and Warner Music). This may cover many bases, but it is certainly not going to have the entire video output of the music industry covered. It's a waste of everyone's time.