How many apps are smartphone users taking advantage of? 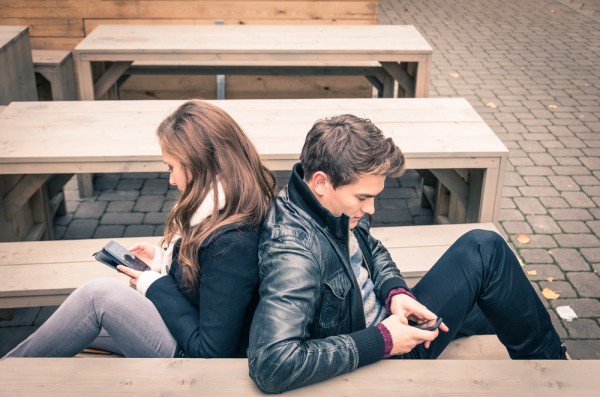 It's a simple question, with no apparent simple answer. A Nielsen report has shed some light on the matter, revealing that Android smartphone and iPhone users, on average, use 26.8 apps per month. But, without knowing the context, it is impossible to accurately determine what it actually translates into.

The information that the infographic contains is based on anonymous data collected from Android users who use the Yahoo Aviate launcher, so it may be skewed in favor of heavy app usage. But, on the other hand, the launcher has between one and five million installs on Google Play, which is a huge user base to derive information.

On the other hand, Nielsen's report is based on data collected from a mere 5,000 Android smartphone and iPhone users, who have installed one of its on-device software (with permission, it must be stressed). Comparing the two is like comparing apples and oranges, but I think we should at least give apples a chance.

So, let's see what the infographic has to say. Yahoo Aviate users have, on average, 95 apps installed on their devices. This is the context I was looking for. And, they use 35 apps, on average, per day. That means that the usage rate is 36.84 percent. And, one more thing, the average daily interactions with apps is 100. The number of used apps is not too far off from Nielsen's own number, considering the niche Yahoo Aviate users make up, which leads me to believe that, on average, we generally use about one in three installed apps.

The infographic also provides some insight into when and how much Yahoo Aviate users use certain apps. Netflix usage, for instance, peaks after work, while finance app usage is at its highest during business hours. It does not, however, suggest that we use the same apps every day, which is what some folks took from Nielsen's report. (Click here to see the infographic at its full resolution.) 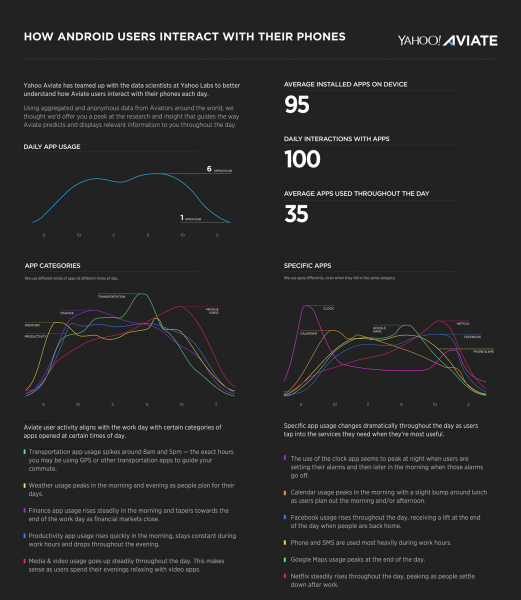 One Response to How many apps are smartphone users taking advantage of?