What do you want from Windows 9? Can Microsoft get it right? 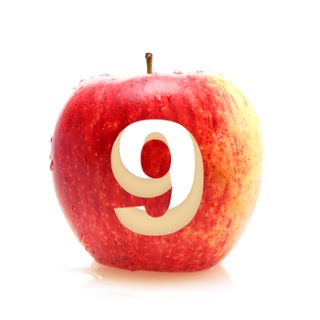 Microsoft has its listening ears on these days. When it comes to Windows Phone, Xbox One, and Office, the company has been far more responsive to user feedback than ever before. For Windows users who found Windows 8.x to be a disappointment, this bodes well for the follow-up release. Windows 9 (we can drop the Threshold placeholder now, I think) is now not all that far away -- we could see a preview release in just a couple of weeks. Now that Apple's iPhone 6, iPhone 6 Plus and Apple Watch announcements are out of the way, this is going to be the next big launch in the world of tech, and the computing world eagerly anticipates what the operating system may have to offer.

One of the biggest complaints people levelled at Windows 8.x -- and there have been many -- was the lack of Start menu. Sure, there's the Start screen, but for Windows stalwarts it's just not the same. These complaints do not necessarily stem from an unwillingness to try something new, more that the Start menu's successor seems less powerful, poorly thought through, and a road hump to established workflows. Rather than helping to improve production and efficiency, many users found that it actually slowed them down.

We've seen that Windows 9 will, in all likelihood, feature some form of Start menu/Start screen hybrid. Is this going to be enough? Unlikely. The bizarre mix of modern and desktop modes is something that was somewhat addressed by Update, but there's still some way to go to please the punters. Move too far away from the modern/Metro ideas that Windows 8 introduced and Microsoft will find itself criticized for failing to move on from past glories. Focus too much on the tiled look of Windows Phone and the start Start screen, and the criticism would be that the customers who helped make a success of Windows are being left behind. Is sticking modern apps in resizable windows enough, or is it just fudging two ideas into one?

Microsoft has a very difficult line to walk. In many regards it will be hard to replicate the disappointment caused by Windows 8.x -- just about anything that is released will be seen as an improvement. But at the same time, the number of people still hanging onto Windows XP long after it reached end of life shows that Microsoft will have to pull something pretty special out of the bag to entice the people who opted to stick with Windows 7 or its grandfather. It's looking like we'll get our first proper look at Windows 9 at the end of the month when Microsoft is expected to release a public preview. This could be key to the success of the operating system and could also steer the way it moves before the official launch.

We've seen how Microsoft is becoming far better, and faster, at responding to user feedback. Rumors suggest that a feedback system will be built directly into the preview so you may have the chance to offer your advice about how things have been tackled. There's no definite timetable for the full release of Windows 9 so there's practically unlimited time for Microsoft to ensure that the release satisfies as many people as possible. And this is essential.

Cortana has caused a degree of excitement on Windows Phone -- if the gentles ripples of appreciative applause from a small number of mobile Microsoft fans count as excitement -- so could we see the voice activated assistant bumbling onto the desktop? More importantly, is it something that anyone wants? Voice control on mobile devices makes a degree of sense, but it's difficult to see quite the same worth for the majority of desktop users. Do Windows users want the mobile and desktop worlds to collide, or should they remain as separate entities?

There's less than three weeks until we should all be able to get our hands on a non-leaked version of Windows 9 and this will be when we can start to evaluate, praise, and condemn. This is when Microsoft's ears will really prick up. Windows 8.x was a disaster and the company will want to do everything within its powers to avoid repeating this. So, if you were given the opportunity to send your ultimate wishlist to Microsoft for the next version of Windows, what do you want to see? Just how different to Windows 8.x do things need to get. Perhaps you think it's a case of going back to the drawing board and starting from scratch...

78 Responses to What do you want from Windows 9? Can Microsoft get it right?