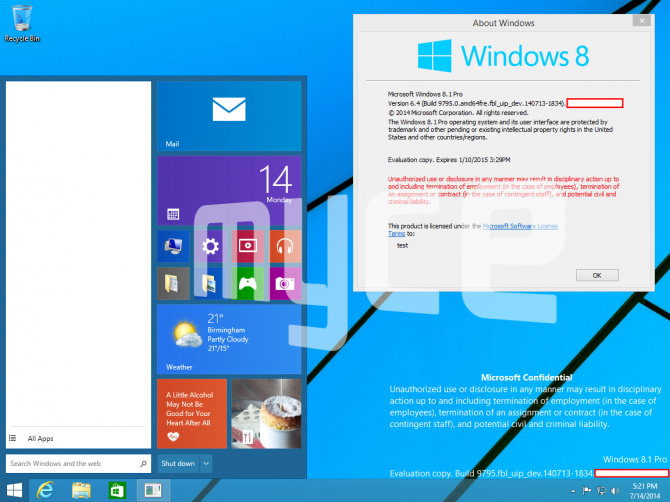 Windows 9 hasn’t been officially announced yet (we don’t even know if that will be its name) but already we’re starting to see screenshots purportedly showing off the feature that is set to get most, if not all of the attention -- the restored Start menu.

Myce.com managed to get hold of two new screenshots -- one showing off the new menu, and the other providing an example of windowed apps. They were taken from build 9795, which was compiled on July 13 (the calendar says both shots were taken a day later).

The Start menu in the screenshot looks pretty much the same as in the previous leaked image, and not too far removed from what Microsoft showed off at Build. The main changes are the tile sizes and positions, everything else remains identical.

As to the authenticity of the latest screens, Myce.com says it has faith they are legit, but warns it’s always best to take this kind of news with a grain of salt, which is good advice. Anyone with Windows 8.1 and a copy of Photoshop could quickly mock up a Start menu of their own.

That said, baring a sudden design revolution at Microsoft, it’s probably safe to assume the Start menu will indeed look something like this when it finally arrives as part of Windows 9/Threshold/OneCore (take your pick). 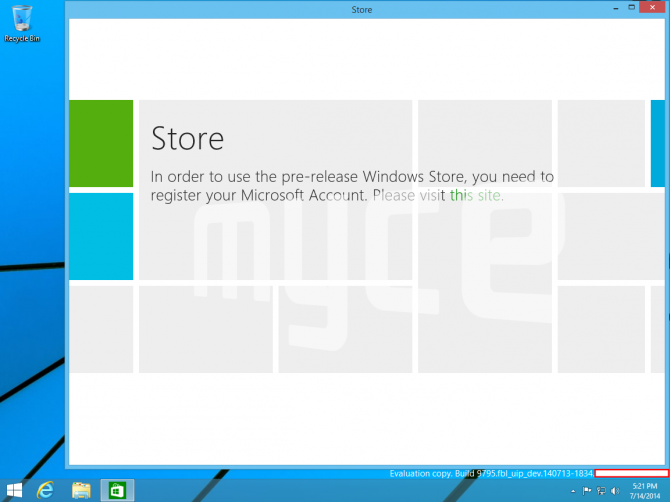