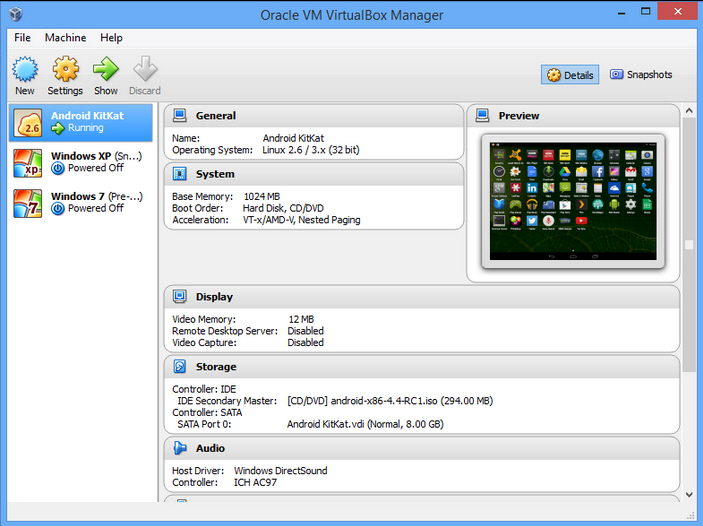 Oracle has released VirtualBox 4.3.16, the latest in a series of maintenance fixes for its cross-platform, part-open-source virtualization program.

The most notable fix in the new build affected a number of Windows hosts, which found themselves unable to open VMs. The only workaround had been to revert to the previous build (4.3.12).

The cause of these crashes -- first spotted in a pre-release version of 4.3.14 -- were eventually tracked down to conflicts with security software, and have been successfully fixed with the new release. Note, however, that those who reverted to version 4.3.12 may find the program doesn’t recognize an update is available; download and install it manually if this is the case.

A number of graphic user interface bugs have also been resolved with the new release:  the mini toolbar should now produce less artifacts when used with 3D guest rendering, while Mac users should find the native full-screen to multi-screen transition no longer blacks out host screens for up to a minute.

One additional feature has been added allowing users to disable mouse capture for selected VMs -- typically headless machines or those using command-line interfaces where the mouse isn’t required. Sadly, this hasn’t made it into the graphical user interface; instead users should read section 9.19.10 of the manual for details of setting it using the command-line VBoxManage interface.

3D support has been improved for OS X hosts via the implementation of experimental support for rendering on offline GPUs in version 4.3.16. Other 3D fixes include one for MS Office 2013 support as well fixing an issue with video recording.

Bridged Networking has been tweaked to better support IPv6 when bridging to a wireless interface, while a number of USB regressions from version 4.3.14 have also been fixed. For a complete list of fixes and changes, check out the changelog.

VirtualBox 4.3.16 is now available as a free open-source download for Windows, Mac and Linux, along with the companion VirtualBox Extension Pack 4.3.16, which is free for non-commercial use only.