Apple proves that moats are for dummies 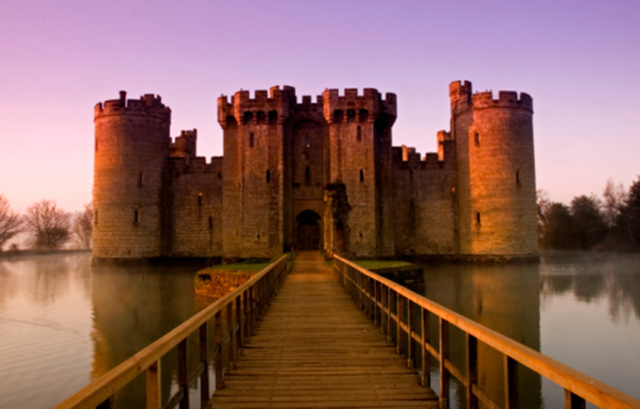 As we all know, Apple last week announced two new iPhones, a payment service (ApplePay), and a line of Apple Watches that require iPhones to work. There’s not much I can say about these products that you can’t read somewhere else. They are bigger and better than what preceded them and -- in the case of ApplePay and the AppleWatch -- just different. They are all topnotch products that will stand out in the market and have good chances of being successful. So instead of writing about products we already know about, I’d like to write about moats to protect products from competition.

Moats, as you know, are defensive fortifications typically built to surround castles, making them harder to storm. In order to even get to the castle, first you have to get past the moat which might be filled with water and that water might, in turn, be covered with burning oil.

Moats are important in business because Berkshire-Hathaway CEO Warren Buffett likes moats. He likes the businesses in which he invests to have large and defensible product or service franchises with those defenses characterized as moats. Buffett’s the guy who coined the term, in fact.

Warren Buffett and his moats have also lately been a real pain in my ass.

I have a book out, you see, called The Decline and Fall of IBM, and the easiest way to criticize my book is to ask, "If you are right, Bob, and IBM is in big trouble, why does Warren Buffett (the numero uno investor in the whole danged world) have so much money invested in the company?" Since this is a column about Apple, not IBM, I’ll just say that Warren loves moats, Apple doesn’t believe in them, and -- for the kinds of businesses Apple and IBM are in -- Apple is right and Warren is wrong.

But wait a moment, isn’t Apple already among the ten most profitable companies on Earth? How much more money does it need to make to be considered successful? If profits are the measure of business success, it’s hard to see Apple as anything but the biggest technology business success of the 21st century.

Apple makes more money than any high tech company with a moat ever did including Microsoft, Intel, and IBM. So why have a moat?

A moat is an insurance policy. Moats are attractive to people who don’t have direct influence on the operations of the companies in which they invest. If Apple had moats, the idea goes, Apple could remain hugely profitable for years to come even with the loss of 50 corporate IQ points.

Companies with moats are supposed to be better prepared for enduring stupid mistakes or unforeseen market shifts.

I know Apple fairly well and it doesn't like moats because it doesn't like playing defense. Instead of being able to withstand any assault, Apple sees itself as more of an Agile Fighting Force capable of taking the battle to any competitor in any market at any time. Apple doesn’t want to survive the loss of 50 corporate IQ points because a dumbed-down Apple wouldn’t be Apple. Been there, done that back in the 1990s under Sculley, Spindler, and Amelio.

Apple would rather die than go back to those days.

And so it counts on its products succeeding on merit, not low prices. It likes it that old product categories die and new categories replace them. It likes not having moats because moats reward only sloppy behavior.

It likes products and customers more than defensible franchises.

Would there have been an Apple Watch?

Moats are for dummies.

Back to you, Warren.