What a shocker! FBI head complains about Apple and Google's encryption practices 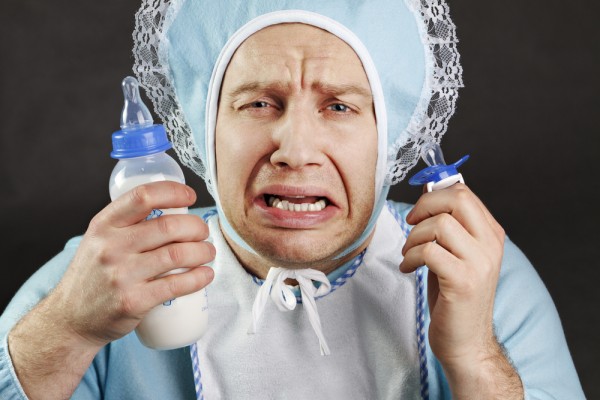 Apple and Google do not want the US Government to be able to access your private data, even when search warrants are involved. It's a bold stand they're taking, which has been applauded by privacy advocates and, quite probably, criminals as well. But, guess what? That does not sit well with the authorities. FBI Director James Comey is troubled by the idea that the all-mighty agency that he runs can be stopped dead in its tracks when trying to see your intimate photos, videos and whatnot. Imagine that.

Here's what the fuss is all about. If encryption is turned on, the encryption key, that is needed in order to access the data that is stored on an Android or iOS 8 device, is in the user's control, instead of Google's or Apple's. As such, this allows the companies to be unable to comply with search warrants. It's clever: you can't give what you don't have.

This may be a new thing for iOS, as previous installments of the mobile operating system allowed Apple to control the encryption key, but Android has been designed to work that way for a couple of years now. What Google is doing new though, and thus attracting the attention of the US authorities, is designing its upcoming Android L to encrypt data by default, which is a first for an Android release.

You can imagine how all this focus on privacy is making Comey nervous. "What concerns me about this is companies marketing something expressly to allow people to hold themselves beyond the law", he says, suggesting that you, as mobile device users, are not allowed to enjoy the benefits of controlling who can access your private data. The spin he puts on it makes it sound like using encryption is illegal somehow. It's not. It's just disingenuous. A dictator would word things similarly.

In a moment worthy of a soap opera, Comey adds that he fears that it may even get to a point "when people with tears in their eyes look at me and say, 'What do you mean you can't?'" Ouch. Does that mean that his employees are a bunch of powerless cry babies? Who else has access to the FBI Director to complain about the encryption tactics Apple and Google use, if not FBI employees? That's not very flattering. But it sure must have looked good on camera, Comey!

Comey is being disingenuous also because he surely knows that the US authorities are not exactly powerless in the face of encryption. The agency that he runs, for instance, can still access call logs, messages, emails, photos, videos and other types of private information by serving search warrants to service providers, like mobile operators, email providers, cloud storage lockers and so on, where such data may be more easily accessible. Comey's beef is actually that Apple and Google are not making it as easily accessible.

And let's not forget about the powers that the NSA has. I believe that this US agency could bypass that encryption in no time, before Comey can even think to ask. Frankly speaking, this whole thing is just a PR move. It's all smoke. Apple and Google must be aware that the NSA can still access their mobile operating systems, but they're making waves about encryption to get on consumers' good side. On the other hand, FBI is making waves about encryption because it wants the sympathy of US citizens, who may be able to relate to its so-called problems, and also because it knows there are ways around it. Let's not kid ourselves thinking what carefully worded statements want us to believe.

Here's something else you may want to know about Apple's iOS 8. Even though Apple says its encryption makes it impossible for the company to comply with search warrants, the files stored on iOS 8 devices could still be accessed with the help of forensics tools, according to security researcher Jonathan Zdziarski. Zdziarski reported this to Apple, but who knows just how many other ways to access such data may be yet to be revealed?