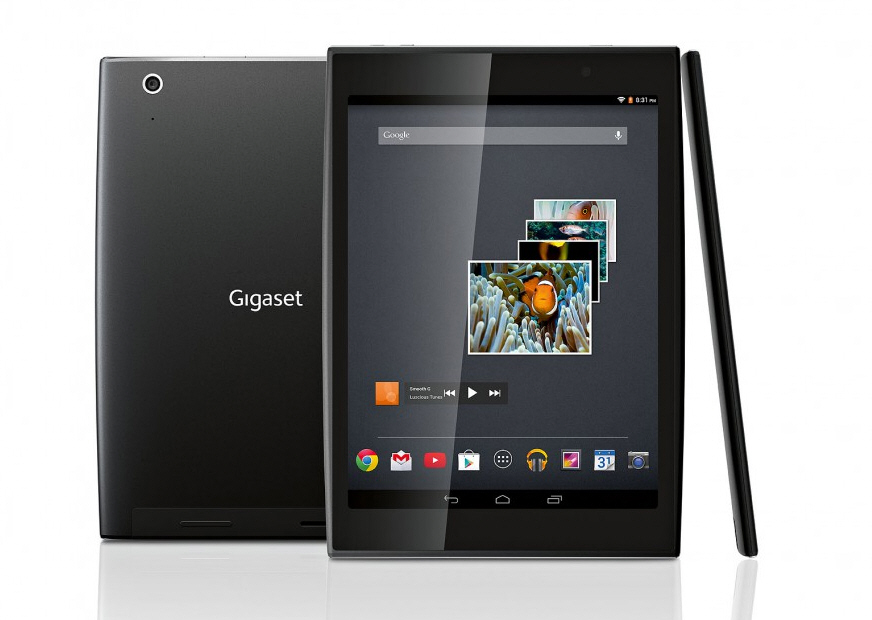 There are lots of excellent Android tablets around, including the Nexus 7, and the Kindle Fire HDX, but if you can’t afford a top of the range tablet, or are looking for a second device, or one to give as gift, then a budget model may be preferable.

Gigaset (previously Gigaset Siemens), which usually makes home phones, has entered the tablet market with the QV830, an ultra-affordable 8-inch Android tablet with some stylish touches -- it has an anodized aluminum rear casing, for example, rather than being all-plastic as you might expect.

The top and bottom of the device (when viewed in portrait mode) are shiny metal, and the sides are plastic. It looks good. As with other cheaper tablets the controls and ports are at the top end. From left to right they are volume, microUSB 2.0, headphone jack, micro SDHC and on/off.

This is a budget tablet -- it’s currently on sale for just £69.99 -- so you shouldn’t expect too much from the specs, but they’re very reasonable.

The 8-inch screen is reasonable, although it only offers a resolution of 1024 x 768 (half that of the iPad mini), and a pixel density of just 160ppi so it appears quite grainy. The color and contrast are nicely balanced however. The screen is very shiny -- it’s like looking into a mirror -- which makes using it in bright light difficult.

Initial impressions weren’t, in truth, all that favorable. When I turned it on I was greeted with a message telling me a Google app had crashed, and during set up the Google Account Manager also crashed, forcing me to restart from the beginning. I then had to update the touch panel firmware before I could start using the device. The volume was cranked up to the maximum by default and actually made me jump the first time it sounded an alert to let me know a new mail had arrived.

In use though, the tablet was fine. The cameras take decent photos, nothing amazing, and with rather too much noise, but for a quick snap or video chat they are passable. The rear camera has auto-focus rather than fixed focus, so you can take close up shots, and you get HDR and panoramic modes too.

Performance wise the tablet delivered about what I was expecting. Games played well enough, although this is not the tablet you want to use to show off the latest 3D blockbusters, and movies are perfectly watchable.

I found the screen wasn’t all that responsive at times, which was a bit annoying, but making more deliberate swipes and taps solved the problem. 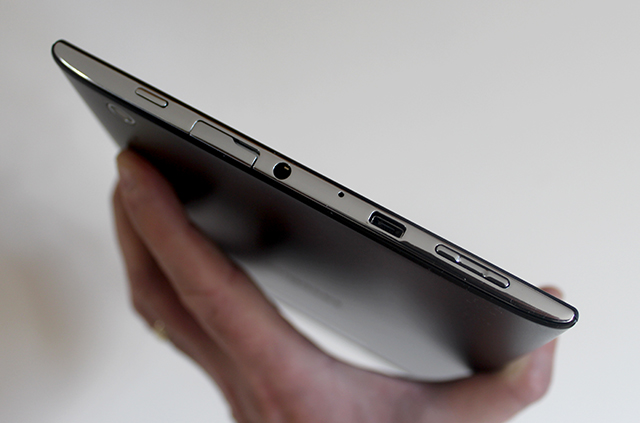 So the Gigaset QV830 isn’t perfect -- it’s not an iPad mini or Kindle Fire HDX rival -- but that doesn’t matter. Gigaset isn’t trying to compete with those. The QV830 is a £70 tablet -- £70! -- and to pull it up for not offering the same quality or performance as far more expensive alternatives would be unfair. For a budget device, it’s great. It’s much, much better than most other low end tablets, and as a starter device, or a second tablet for your kids, it’s hard to beat. The fact it offers an 8-inch screen for that price is a definite plus, and I've found myself using it more than my Nexus 7 recently.

The tablet is currently on sale on the Curry’s website, priced at £69.99, although the offer is only set to run until the 16 October (after which time the price will go up to £99.99) so if you want to snap up an absolute bargain, act fast.