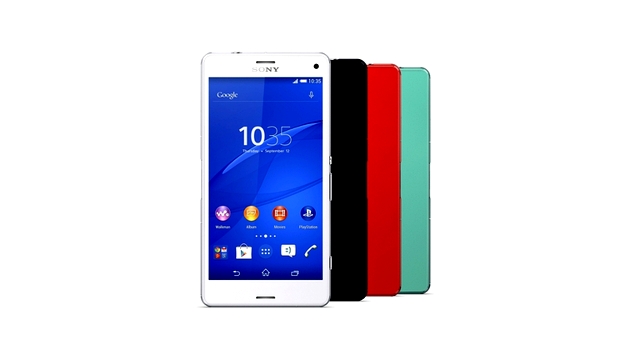 There's a trend these days for handset makers to stick everything but the kitchen sink in their flagship phones and make those phones large, then make their smaller phones a bit less feature rich. This can backfire. We've previously reported about 'mini' versions of handsets not selling as well as the full-fat ones.

Sony doesn't do that. The Xperia Z1 Compact was a small version of a full-fat handset, and the Xperia Z3 Compact is the 4.6in companion to the full-blown 5.2in Xperia Z3. In case you are wondering, there wasn't a Z2 Compact.

The front and back of this phone are both made from tempered glass. The back is the design feature I like least. It does help the Xperia Z3 Compact stand out from the crowd, and it is tough, but it is also very slippy in the hands. If you are a butterfingers like me that could be a worry. It is also, like the front, prone to fingerprints. I was forever cleaning it.

Sandwiched in between the two glass slabs, the edges of the phone are made from a semi-translucent material. The four corners have a buffer which should help protect the handset if it does slip through your fingers.

The back isn't removable. This is a Sony trademark that helps the Xperia Z3 Compact achieve its waterproofing credentials. It is compliant with IP65 and IP68 -- if you keep the side panels closed it'll take immersion in 1.5m of fresh water for up to 30 minutes, according to Sony.

There are two of those side panels -- both on the left edge. One is marked microSD and as well as catering for removable memory it protects the microUSB charge connector. The other panel is not marked, but you need to lift this to insert your nano-SIM. The headset port, on the top edge, doesn't need a cover as it is sealed internally.

As usual Sony has made its power button an aluminum circle sitting on the right edge. This really stands out against the colored chassis (black in my case though white, red and a fantastic turquoise blue are also available). Also on the right edge are a camera shortcut button and volume rocker. I don't really like the dock connector that is on the left edge because it disrupts the tidy lines, but this is pretty much a standard feature on Sony handsets. The optional dock holds your phone in widescreen mode while charging.

I've already noted that the Xperia Z3 Compact has a 4.6in screen. While the upper and lower screen bezels are quite deep, the tall left and right ones are narrow, so that the handset width is about as slight as it could be. In fact, this phone is the same size as the 4.3in Xperia Z1 Compact, though a little slimmer and lighter.

The resolution of 1,280 x 720 pixels does not break any new ground -- in fact it matches that of the Xperia Z1 Compact, and the result is that its 319ppi is slightly lower than 342ppi of the earlier phone. But Sony throws a lot of tech at the screen.

Sony says the Xperia Z3 Compact has its brightest ever display. Then there's Sony's Triluminos technology which gives good color depth while X-Reality helps optimize contrast and sharpness. There's a new addition to Sony's screen technology too – Live Color LED is part of the Triluminos system and is another tweaker for color intensity. You can turn off X-Reality or switch into Super-vivid mode which really makes colors stand out. You can also set the white balance using red, green and blue sliders. 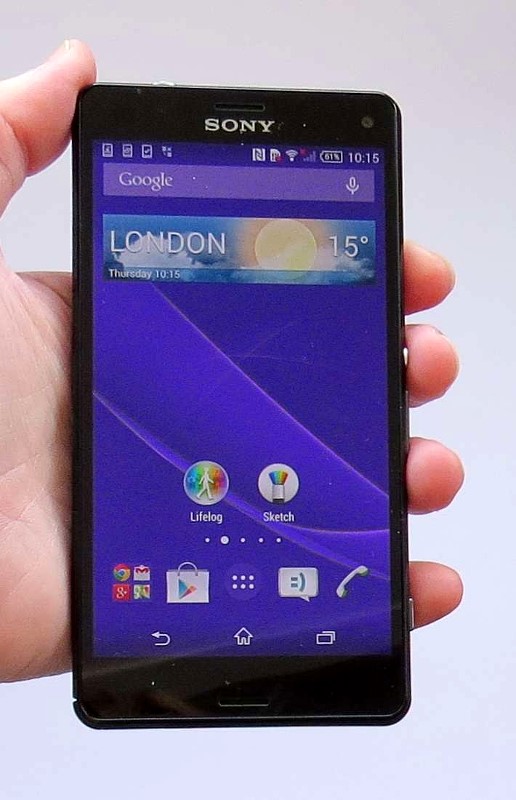 While I found the screen too small for comfortable video viewing the quality is undeniably very good. Sound quality is disappointing through the twin speakers that sit on the front of the phone, and their positioning means you can easily cover them with fingers when gaming in widescreen mode. Use high quality headphones, though, and sound quality is very good.

Technically there's not much to grumble about here -- the Snapdragon 801 quad-core CPU runs at 2.5GHz, and with 2GB of RAM speed was not an issue for me during testing. Video ran smoothly, and the camera fires up from lockdown via the side button almost instantly. With a second tap of that side button to grab a shot I reckon this is the fastest quick-fire camera I have seen.

The main camera shoots to 20.7 megapixels -- the same as the predecessor handset -- and there are plenty of features to fiddle around with. Still, it is annoying that Sony's Superior Auto mode for taking photos restricts the max resolution to 8 megapixels. Video mode has a fair few tweaks too -- including the ability to capture 4k video.

Battery life is impressive. There are various power saving modes including Stamina and Ultra Stamina as well as a special low battery mode and a system which only turns Wi-Fi on when you are near a saved network. Stamina mode allows you to decide which apps can be active and which aren't, so you can personalize things to your liking. Alongside the power management modes, I am a big fan of the way the battery life indicator on the notification bar tells you what percentage of power remains.

Sony has skinned Android 4.4.4 with its now familiar overlay, and as usual crams the Xperia Z3 Compact with apps. Some – though not all – are from Sony's own stable, including Music Unlimited, the PlayStation app, Sony Select for apps and games, the Xperia Lounge, Lifelog for use with the Sony SmartBand, and What's New to tell you about Sony's latest apps and content. A newcomer to the Sony stable is the ability, due to launch in November, to use the Xperia Z3 Compact as a wireless display for the PlayStation 4.

The biggest fans of the Xperia Z3 Compact are likely to be those who are already Sony fans, but you can ignore all the Sony tie-ins and still get a lot from this handset. The camera is easy to use and has lots of customizability, the screen is great for everything from looking at photos and web pages to watching movies and YouTube, there's lots of power and battery life is excellent. I'd have liked to see the screen resolution taken up a notch, but overall this is a pleasingly powerful hand-friendly phone.