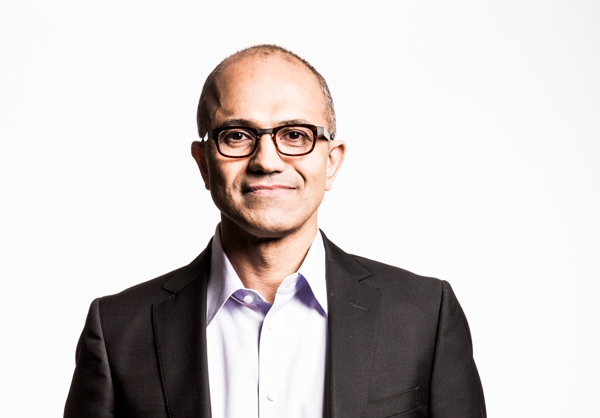 Microsoft is committed to the cloud. CEO Satya Nadella is starting to hit his stride and his vision is coming into focus. The new leader seems to see the future in OneDrive and he isn't shy about explaining his reasoning.

In a lengthy interview with CNBC's Jon Fortt, Nadella tackled the concepts and ideas he has for the company. In discussing OneDrive, the CEO made it clear that the product would remain free to everyone. The model involves monetizing for those who need more than what is offered for the price of zero.

"We want everybody to use OneDrive. And then when you are starting to use it for business, that's when we want to monetize. So we do not want to have you only start using us when you have a business license or subscription", Nadella states.

The "freemium" concept isn't a new one. It's being used by many companies and is especially popular among today's startups. It's a way to hook users in, and tell them that if they need more then handing over some money will be involved. Just look at services like Hulu and Evernote to see this in action.

When asked about Microsoft adopting this model Nadella replied "Well, we've always had freemium. Sometimes our freemium was called piracy. And -- I would say -- now there are a lot of, I mean, as I said, there are zero-price Windows SKUs. We have many, many offers of Office. I mean, you talked about Office competition. And when it comes to education and a lot of other markets, we're as competitive as anyone else in terms of pricing. We've never shied away from it. And that freemium model is something that I think is here to stay, and we know how to compete in it".

It's an interesting and refreshing way of looking at things. Acknowledging piracy isn't new for Microsoft, but seeming to be unconcerned about it and finding a way to live with it certainly is. Windows and Office, along with Adobe's Photoshop have led the way in pirated software. Things are clearly turning a corner now that the old guard is gone.