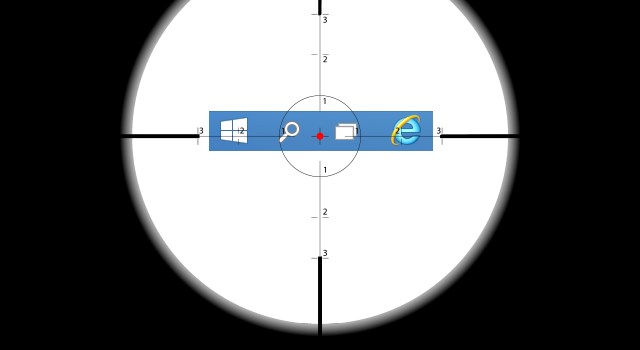 There's a lot to like about Windows 10, particularly if you're already a fan of Windows 8.x -- there isn’t all that much that's new at this stage. It's not all good news however, and there's also quite a lot to dislike. One thing that has cropped up time and time again in user feedback is the fact that the Search and Task View buttons that appear in the taskbar cannot be removed.

At least, there is no built in option to remove them. Where there's a will, there's a way and some enterprising users of the Technical Preview have found ways to banish the buttons that are seen by many as being pointless.

It's likely that Cortana will at some point be integrated into the search button so it may become more useful in the future. It's even possible that Microsoft will make either or both of the buttons optional. Until that time, you're going to have to do it yourself. Over on the My Digital Life forums, user vali20 has created a simple tool that hides the buttons for you. You'll have to register with My Digital Life to access the files, and then it's a very simple task to hide the unwanted buttons.

Extract the contents of the zip file, and navigate to the \WinTHButtonHider\bin\Debug subfolder and you'll find an executable called, appropriately enough, WinTHButtonHider.exe. Double click it and the two troublesome buttons will vanish; the tweak works in both build 9841 and the newer build 9860. It's not perfect. The buttons remain hidden at all times, but you may find that the bank they occupied reappears when you activate the Start menu, shoving your other taskbar buttons to the right. You'll have to run the program automatically at startup so the buttons are hidden every time you restart your computer.

If you don’t mind getting a little more hands on, the guys over at How-To Geek also have a guide to hiding the buttons with an AutoHotKey script.

Whichever route you decide to go down, hiding the buttons doesn’t mean losing any functionality. The search feature can be accessed by just hitting the Start button or Windows key, and if you're a fan of keyboard shortcuts, the Task View button's function can also be accessed by pressing the Windows key and Tab at the same time.