Microsoft brings Azure, Surface, and Lumia to the Special Olympics 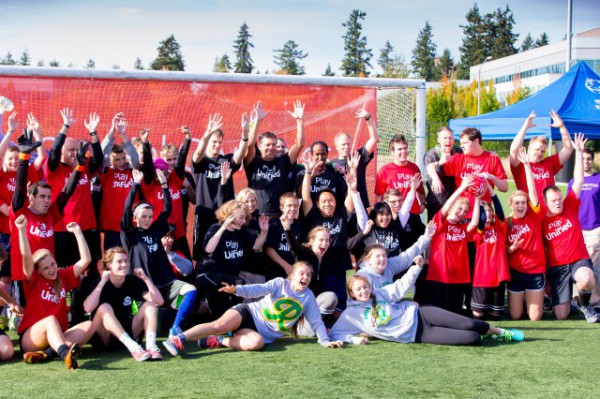 Everybody deserves the opportunity to compete and feel good about themselves. The Special Olympics is a great example of this; people with intellectual disabilities compete against each other in sports to build confidence, and most importantly, have fun. The non-profit organization is essential for many people the world over.

Today, Microsoft announces that it is partnering with the organization to modernize its technology with a big focus on the cloud. The Special Olympics will be getting all kinds of cool stuff, like Lumia smartphones and Surface tablets.

"Microsoft announced Monday a three-year, multimillion dollar partnership with the Special Olympics to modernize the nonprofit’s technology and elevate it to the cloud. The Azure-based games management system will enable instant access to real-time updates and athlete information. Microsoft will also provide 800 Surface tablets and 1,200 Lumia phones, which will be used to track all events at the 2015 World Games in Los Angeles, while connecting volunteers across multiple venues", says Aimee Riordan Microsoft News Center Staff.

Lisa Brummel, EVP of Human Resources, Microsoft explains, "the Special Olympics' goal of creating a better world by fostering the acceptance and inclusion of all people is something we believe in here at Microsoft. I am thrilled about our partnership with the Special Olympics over the next few years and our opportunity to contribute both technology and financial support to help them run their organization".

Microsoft is known for its charitable endeavors, and this continues with the Special Olympics. In addition to the partnership, Microsoft has promised to contribute $1 million to the non-profit organization over the next three years. Microsoft deserves major kudos for this awesome move.

6 Responses to Microsoft brings Azure, Surface, and Lumia to the Special Olympics