Texting drivers are fully aware of the dangers 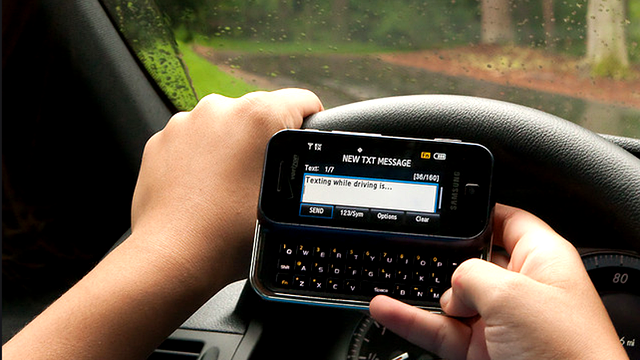 A new survey suggests that the vast majority of drivers text while behind the wheel, despite being fully aware of the dangers involved.

The research indicates that 98 percent of motorists who own a mobile phone and text regularly are aware of the risks, yet 75 percent still admit to texting while driving.

Over a quarter of the drivers who sent messages while driving believed that they "can easily do several things at once, even while driving".

The survey is part of an anti-texting and driving campaign run by telecoms firm AT&T, which requested the views of 1,004 US phone owners who drive almost every day and text at least once a day. AT&T has also expanded the availability of its DriveMode app to iPhone users to help drivers act responsibly. The app silences text message alerts and is automatically activated when a person is moving 15 miles per hour or faster.

A number of other reasons for texting on the move were given, including wanting to remain connected to friends or simply using the phone out of habit.

David Greenfield, founder of the Center for Internet and Technology Addiction, helped to design the survey and said that it showed a discrepancy between people's attitudes and behaviors.

He has referred to smartphones as "the world's smartest slot machines," because they can have a similar effect on the brain as gambling or drug use. Levels of dopamine, a chemical released by the brain associated with pleasure, can increase as a user anticipates a message, heightening the distraction.

Greenfield suggested that people should not use their phones at all whilst driving, and added that public education and stronger laws against texting and driving need to be implemented in order to change people's behavior.