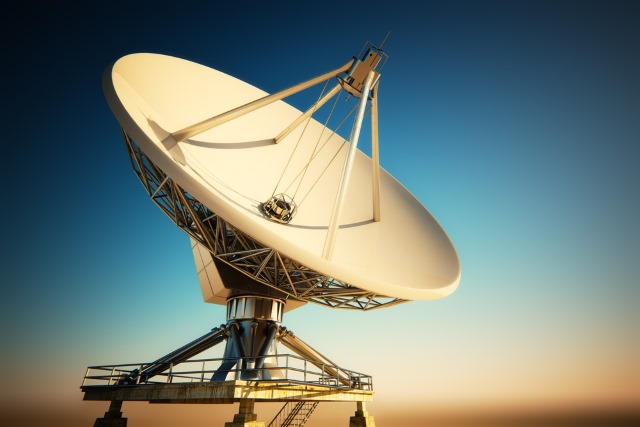 Three months ago I reached the end of my tether. I'm lucky enough to live in one of the most beautiful and unspoilt parts of the UK (it nearly wasn’t part of the UK had the Scottish referendum on independence taken a different turn), but there's one problem: truly awful broadband. There is a 'choice' of one broadband provider who is capable of trickling sub 0.5Mbps connections into houses in the area -- and that's on a good day.

One Twitter rant later, a few emails exchanged with Satellite Internet led to the arrival of two installers to get me set up with a 20Mbps satellite connection. My initial impressions were great. The internet worked as it should for the first time in months. But my fear was that this was just a honeymoon period. So what’s the story nearly three months down the line -- what is it like to live with a satellite internet connection? Were my initial concerns about data usage well-founded?

The simple answer to the question is "partly". My hope was that the arrival of satellite would solve all of my internet related problem, and I could bid a cheery farewell to the copper-based service I so loathe. My experience with satellite has both positives and negatives. I'll start, uncharacteristically perhaps, by looking at the positives.

The first is undoubtedly the speed. I realize that many of my friends, colleagues and contemporaries are enjoying the benefits of 100Mbps fiber-based broadband. This is clearly a world away from the 0.3Mbps I became used to working with, but the 20Mbps I have been experiencing via satellite has been a real eye-opener. Speeds do fluctuate a little, but on the whole browsing the web, downloading files and generally conducting a life online has been a speedy experience.

There are lots of horror stories thrown around about satellite, the first relating to speed. While it is certainly true that there are faster options out there, satellite is for many people, the only route to a speedy connection. The technology has advanced a long way over the years and satellite is now a genuine alternative to traditional broadband. The second concern for would-be users is latency. I am not a gamer -- aside from occasional online board games -- so this did not prove to be a serious issue for me. Anyone looking to hook up a console and play a first person shooter, however, would encounter problems.

The final concern is cost. There's no getting away from the fact that the initial setup costs are a little on the high side. The satellite dish and associated equipment does not come cheap -- £269 (around $425) -- and then there is the cost of installation and activation fee. But this is a one-off (and there is the option of renting equipment if you prefer). From this point forward how much you pay depends very much on the data allowance you want, as well as the speed of access. You can reduce costs by opting for a lower speed, and for a basic package (accessing the internet at 4Mbps with a 3GB data limit -- sufficient for someone just looking to check emails and indulge in a little browsing -- it costs just £9.95 (around $16 per month).

The mid-range package ups access speed to 20Mbps and data allowance to 20GB for £34.95 (around $55), while the top of the range (still limited to 20Mbps but offering unlimited data) will set you back £69.95 ($110) per month. In my previous article, I mention that for a small extra fee (£7 or around $11) it's possible to add unlimited offpeak (11pm to 7am) data. This proved to be well worth investing in. It is easy to forget just how many devices connect to the internet. Between my girlfriend and I there are three laptops, two mobile phones, four tablets, a set top box and numerous other connected devices. It is very, very easy to gulp through a data allowance in next to no time.

To avoid this happening -- or to avoid using the option to pay to reset the data allowance whenever required -- it was necessary to adapt web usage. Having a faster, more stable internet connection did not mean I could spend hours watching videos on YouTube or streaming TV shows on demand. Doing this it would be all too easy to eat the entire month's allowance in a single day without breaking a sweat. Using a satellite connection means being sensible and selective about web usage. It's nice to have the option to reset the counter, but the costs could soon mount up if this is done too many times. With the unlimited off-peak data option in place, I found myself time-shifting web usage. Large downloads could be scheduled, as could torrenting. YouTube use is reserved for post-11pm.

Constantly monitoring data usage is a bit of a pain, and it's surprising how much data certain activities consume. Simple things like browsing Facebook or using messaging tools consume megabytes at a terrifying rate. People on unlimited connections do not give a second thought to sharing videos, downloading app updates, or uploading lengthy animated GIFs -- but I notice every one and see it as something that dents my allowance. I have a fast internet connection courtesy of the dish strapped to the side of my house, but I now view the internet differently than most people.

While the connection is fast -- pages load quickly, downloads stream in at the expected speed -- weather conditions can mess things up. Just as with satellite TV, windy and rainy weather interferes with the signal a little. I'm in Scotland so the weather is a little, er, unpredictable. There have been a couple of occasions when signal has dropped out completely, but when conditions are bad signal levels do drop and performance suffers as a result. Sometimes a modem reset fixed things, while on other occasions it was just a matter of waiting a little while for things to improve.

Would I recommend satellite? For people in my position -- where there is either no cable-based broadband, or alternatives are restrictively slow -- I would not hesitate, and my neighbour is now considering getting a dish as well. The beauty of satellite technology is that coverage is incredibly high; there are few places where it could not be used. There is no requirement for a phone line. Unlike older technology, it is now possible to upload data directly via satellite.

I do not have completely unfettered access to the internet; finances mean that unlimited data is not an option at the moment. I do not experience the internet in the same way as most people I know -- I still have to bend to the will of my connection to some extent, but nowhere near as much as with my appalling landline broadband. I have had to adapt and costs are slightly higher than traditional broadband. But, for me, it's worth it. I'm generally hard to impress, but the connection has -- on the whole -- succeeded. It is not without problems, but my online experience has been improved to an indescribable degree.