Facebook is taking over from Google as gatekeeper of the internet 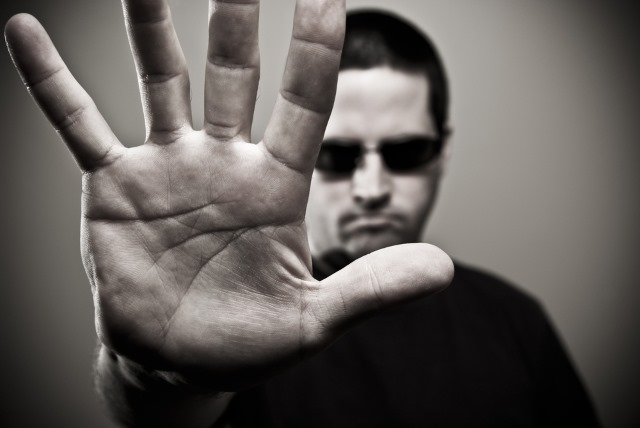 Google is widely regarded as being one of the controllers of the internet. It is by far the most popular search engine and if a site does not appear in the first few pages of results, it may as well not exist. But Google is far from being the only gatekeeper to the internet; Facebook is increasingly vying for that crown, whilst making efforts to make access more secure through Tor. But what does this mean?

Facebook accounts for a terrifying percentage of web traffic -- it is the second most visited website in the world according to Alexa. This means that it has a huge influence online, giving the social network the opportunity to shape the web and holds great sway in determining which sites, services, and stories rise to popularity. To many people, this influence is all but invisible, and this is perhaps the most concerning part of the story. So how does Facebook's influence present itself?

There have been several high-profile stories in recent times, such as the real name scandal, the on-going battle over whether photos of breastfeeding mothers can be published, as well as the time that Facebook admitted to tinkering with users' timelines in a 'social experiment'. But Facebook is a free service and its business model is at the heart of the way it operates -- it exists to make money. Much of this money comes from ads and Facebook needs to tread a careful line between keeping advertisers happy and avoiding annoying users.

There used to be a time when your Facebook timeline filled up in quite a logical way: it comprises a simple chronological list of status updates from your friends. But factor in shares, pages, sponsored posts, ads, Facebook's own content, and those pesky algorithms that try to promote content that is either of greater interest or likely to be the best money-maker, and things get rather more complicated. Facebook is no longer just a social network, it is a platform. Or, as Felix Salmon puts in in the Guardian, "it is growing into a kind of parallel internet".

Part of the reason for this thinking stems from changes that have been made to the mobile app -- and phone and tablets remain one of the most common ways to access Facebook. You may have noticed that when you click (or tap) a link in the app, that it’s not your default web browser that springs into action, but that the page is rendered within the Facebook app. On the face of it, this is not a problem -- if anything, it should help to improve performance. But there is a more sinister side; it places Facebook in control of the appearance of sites.

Facebook is free to change the layout of stories, strip out any content it doesn't like, even remove ads. The removal of ads from websites might seem like a good idea at first glance, but from the point of view of third-party websites, it's terrible news. Ads exist to generate revenue, and if this is curtailed, smaller websites run the risk of being priced out of the market. Facebook needs to keep its own advertisers sweet, and this is easily done by reducing the chances of stumbling across rival ads.

Keeping people within the Facebook app rather than defaulting to a 'proper' web browser, stops people from being distracted by other sites, making them more likely to see more ads and sponsored content. Already it should be clear that there is scope for abuse here, but there is further cause for concern.

As mentioned before, it would be reasonable to expect that one's timeline would be made up of a chronological list of posts from friends and companies you follow. But, ever fearful that you might miss important content, companies and individuals are given the opportunity to promote their content to ensure that it reaches a wider audience. Left to its own devices, a post might 'organically' only be seen by a couple of dozen people, but for those willing to stump up some cash, the net is cast wider. In many ways this goes against the ideology of the internet. It is supposed to be a democratising tool where everyone is placed on as equal a footing as possible, but in reality it is those with the money who are granted the larger audiences.

With the exception of content which 'accidentally' goes viral, the content promoted by Facebook is limited to that which has been paid for -- smaller companies and individuals without available finances are priced out of the market. This is bad news not only for anyone looking to gain an audience, but it's also bad news for Facebook users who invariably find their newsfeeds clogged with crap such as listicles from Buzzfeed, nonsense health and wellbeing posts, and endless inane videos from the latest viral site.

I may be peering into a bleak and hypothetical future, but the level of control Facebook is starting to gain over what people see online is concerning. Facebook has, thankfully, showed itself to be largely free from a political agenda, but this may not always be the case. If an advertiser is willing to pay for posts with an anti-Obama slant, would the cash talk loudly enough to compel Facebook to promote biased articles? If users start to share content en masse that goes against Facebook's agenda, could it be stifled?

Perhaps referring to Facebook as a 'platform' was incorrect. Maybe it's more like a modern-day broadcaster, What's worrying is that this is a self-governing broadcaster that wields great power, and power without responsibility is a dangerous thing.