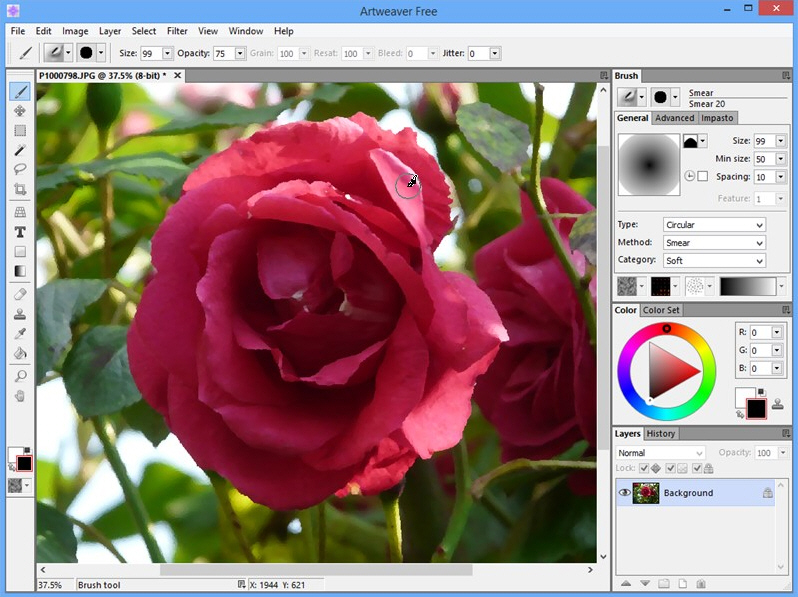 German developer Boris Eyrich Software has released Artweaver Free 5.0, a major new version of its painting tool for Windows. The app, also available in a more fully featured Plus version, boasts a number of new tools and improvements.

These include a new high precision 16-bit brush engine, better file-saving mechanism, support for the OpenRaster file format and support for exporting all presets. Plus users also gain a new Mirror Painting tool.

Artweaver 5.0 opens with a new 16-bit brush engine that’s designed to produce exact results, particularly with low opacity values. Other brush engine improvements include better quality of the Other > Blur and Other > Sharpen methods, and a tweak to the behavior of the Grainy cover and Grainy mild cover methods.

If users attempt to save a document containing features not supported by the current file format, Artweaver will now automatically offer to save it as a copy, plus offer improved warnings highlighting unsupported features while saving in a particular format.

Users can now export all presets -- including brush categories and their variants – while a subtle improvement allows users to select 'Do not show again' in more user dialog boxes. A new test button has also been added to the ArtWeaverTeam.com account settings under Preferences.

Those who upgrade to the Plus version gain a new Mirror Painting tool to help design symmetrical images -- it works both two- and four-way for horizontal and vertical symmetry.

Artweaver Plus 5.0 also adds support for documents with eight and 16 bits per channel, provides users with a choice of three color schemes (default, light gray or dark) and increases the number of brush options to allow users to more easily pick up colors from underlying layers.

Support for picking up colors outside the color picker dialog has also been implemented alongside the ability to now scroll, rotate and zoom the current document while using selected tools.

Artweaver Free 5.0 is available now as a free, function-limited download for PCs running Windows 7 or later. A Plus version is also available for trial purposes -- up to 30 days, with the full version costs $38.90. Upgrade prices vary according to which version the user is upgrading from.