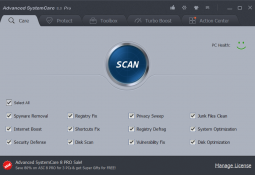 Advanced SystemCare 8 Pro is a comprehensive suite of tools which aims to clean, optimize and generally speed up your PC.

The sheer weight of functionality makes reviews a little difficult. It's just not practical to cover every single tool in the depth we’d like.

We can at least summarise the suite's high and low points, though, and hopefully that’ll be enough to decide whether the package is right for you. Let’s get started.

"Care" runs core maintenance tasks at the click of a button. You can customise exactly what it does in a few clicks (you might choose to just clean your hard drive and Registry, say), but we selected every option, clicked Scan and sat back to watch. 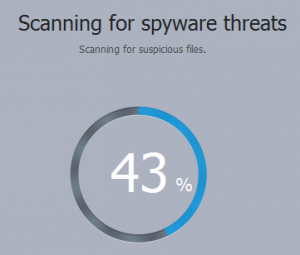 The scanning process took a while at 6 minutes 11 seconds on our test PC, but that was mostly because of the disk scan, a check for file system errors; turning this off cut scan time to 1 minute 34 seconds.

One significant plus is you’re able to browse any issues as the scan progresses. We were told we had "4,292 Registry errors", for instance; clicking this displayed a detailed report, and we could check it while the main scan continued in the background.

The Registry checks worked as we expected. They’re not very configurable, but the cleaner correctly detected and removed redundant Registry keys, and it’s able to defragment the Registry when necessary.

"Spyware Removal" sounds rather more powerful, but we’re not clear about what it detects, and the system found nothing on our test PC.

The alarmingly-named "Browser security issues" is mostly about removing IE and Firefox cookies, with options to block known malicious websites and BHOs.

"Internet Problems” is more interesting, evaluating your IE, Firefox and Chrome settings and suggesting optimisations. We wouldn’t necessarily agree with every suggestion, but it may help you find tweaks you didn’t know existed. 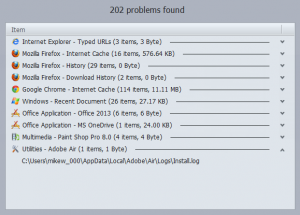 “Performance issues" runs a similar check on Windows settings. There aren’t so many, and they are mostly well-known tweaks (disable 8.3 name creation for NTFS, end hung applications faster), but there’s no harm in having them available here.

Finally, a "Security holes" section highlights Windows updates you may not have installed yet, perhaps useful if Windows Update is turned off or you’ve just not rebooted in a while.

You can choose to repair individual problems within any of these sections, but we clicked Repair to solve them all. SystemCare created a System Restore point, then ran its fixes.

This was mostly fine, although we quickly spotted one significant issue: during one test, on relaunch, Chrome complained that its profile was corrupt, and all our settings and bookmarks disappeared. These are automatically backed up online, so signing in to Google restored them immediately, and this only happened once anyway, but it’s still a concern (especially for anyone who doesn't normally sign in).

If you can avoid that problem, though, the “Care” scan does a reasonable job of cleaning and optimizing your PC. It’s not always up to the standard of the best of breed freeware, but it’s better and more full-featured than many suites, and that’s enough to make it interesting.

While the "Care" scan aims to check your entire system in one go, the "Toolbox" provides 22 individual tools for solving particular problems.

"IObit Uninstaller" 4.0 is a new addition to the suite, a powerful tool which can fully uninstall applications, browser toolbars and plugins and Windows 8 apps. It’s a full-featured application in itself, and is available separately for free, but is also a highlight of the suite.

"Startup Manager" lists your startup programs, Windows services and scheduled tasks, along with the delay they bring to your boot time (if any), and you can disable anything you like. The program also shows you what other users do, although that’s often more alarming than helpful (apparently 45.9 percent of SystemCare's users choose to disable Windows Update). Still, again this is notably better than many similar tools. 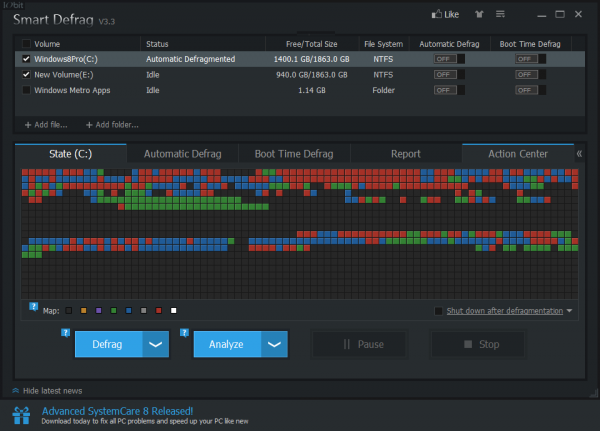 "Program Deactivato" can temporarily disable the components of a program (services, startup items, tasks) to reduce its load on your system, without having to uninstall anything. This highlighted VMware Workstation and Intel Management Engine as resource hogs on our test PC, but could only disable/ enable the second. Despite that, it’s a tool with potential, and provides functionality you won’t often find elsewhere.

"Smart Defrag" also delivered more than expected, with tools to defragment individual files or folders, Windows 8 apps or your entire system, on demand, at boot time, automatically or an a schedule.

There are tools to update drivers and key internet-facing software (browsers, Flash, Java, Skype). Some competitors support a wider range of software, but overall SystemCare manages these tasks well.

Other modules are more basic. The “Undelete” tool is limited (no “deep scan”), a File Shredder has no choice of algorithm, and the duplicate file finder, Windows 8 Start Menu and built-in IObit Malware Fighter are all eclipsed by the leading freeware.

We were unconvinced by Smart RAM, a largely pointless memory "optimiser". And while PCtransfer sounded useful (it transfers key files, emails and a few settings from one PC to another), it didn’t fully work for us, and failed to locate and back up our Outlook data.

Most of the "Toolbox" modules are genuinely helpful, though, and overall they delivered the key features we needed.

Real-time protection claims to block spyware, although it did very little for us. Advanced SystemCare Surfing Protection does a better job of preventing you accessing malicious websites, but it’s prone to false positives and still wouldn’t be our preferred choice.

"Homepage Protection" was more effective, asking us permission before allowing anything to change our browser home or search pages. 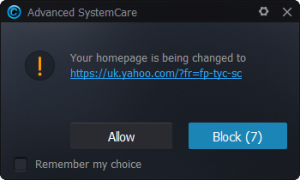 The "Browser Anti-Tracking" module sounded better, but it’s not what we thought. There’s no clever use of the "do not track" header, no smart analysis of Google analytics or social media buttons: it just provides a way to automatically delete your chosen privacy settings when your browser (IE, Firefox or Chrome) is closed. This can’t be configured from the Protect tab, either – you have to head off to the general Settings dialog – but once you’ve figured this all out it might prove useful.

The best security component probably IObit Malware Fighter, although oddly that’s not listed amongst the “Protect” tools (it’s in the Toolbox).

None of this is particularly impressive, and your PC will probably be far safer if you install something like Avira Free. If you have that already, SystemCare may add a little extra protection, although even then we’d prefer a leading package like Malwarebytes AntiMalware. 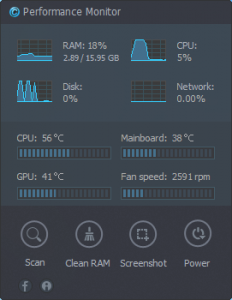 A "Turbo Boost" mode closes unnecessary services and applications on demand, freeing up a few system resources (though probably not enough to justify the "turbo" name).

An "Active Optimize" tool tries to keep your PC running smoothly by optimising CPU and RAM usage as programs are running. We didn’t see it do anything useful, but perhaps you’ll be more fortunate.

The program offers several ways to automate its operations. You can run various tasks at boot time, when your system is idle, or using a simple scheduler, with support for stopping any task if you’re running on battery mode.

This kind of automatic tweakery brings some potential risks, but if you do run into problems then Advanced SystemCare 8 Pro does its best to help. Any changes it makes are saved to a log, Registry settings are backed up for easy restoration later, and the Rescue Centre gives access to System Restore points, too.

Advanced SystemCare 8 Pro impresses immediately with its sheer weight of features, but there’s also a real depth of functionality here, with many tools delivering more than you might expect.

For the most part it avoided causing any problems, either, with the notable exception of our corrupted Chrome profile. There are no guarantees – you should never use this type of application without having a full system backup to hand – but it seems safer to us than most of the competition. And that's a good thing.

Some areas of the suite are slightly weaker than others, and SystemCare’s security modules don’t impress. It’s also worth keeping in mind that many of the best features here – IObit Uninstaller, Smart Defrag – are available for free.

Despite that, Advanced SystemCare 8 Pro does include far more than the free build (better disk and Registry cleaning, browser optimisation, Windows fixes, security extras), and if you need an instant PC maintenance toolkit then it’s very hard to beat.