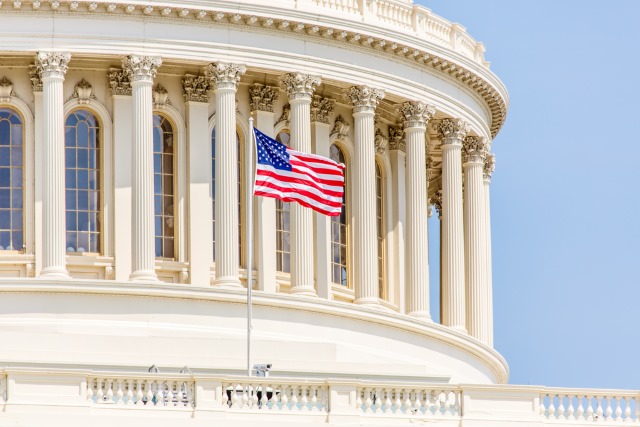 A bill that could have curtailed the surveillance activities of the NSA has been rejected by the US Senate. The USA Freedom Act was blocked as a bloc of Republican senators voted against the Obama-backed bill. After the Edward Snowden revelations, there have been many vocal calls for the powers of the NSA to be reined in. This was the bill that was supposed to deliver, but right wing opponents referred to it as a "gift to terrorists".

The bill passed the House of Representatives in May and had the backing of many of the biggest technology companies. One of the main aims of the USA Freedom Act was to stop the collection of domestic phone records, but there were also implications for the agency's online dragnet-style data trawling. Now it seems that the fight for privacy starts afresh.

The vote ended up being a fairly close-run thing. Just two votes prevented the bill from moving to the next stages of becoming enshrined, and Senator Patrick Leahy, the Democrat sponsor of the bill blamed "scare tactics" for its defeat. Even support from the White House was not enough to give the bill the push it needed but critics point to the fact that support only came after compromises were made to the scope of the bill.

These compromises centered mainly around a rewording of key passages that left sections of the bill open to wide interpretation. The weakening of the bill -- which many senators who would otherwise have voted in favor of -- led some civil libertarian backers to drop their support.

What happens next could be interesting. In June, Section 215 of the Patriot Act will expire. This is the portion of the Patriot Act that essentially permits the collection of phone records, so this will be the new battleground for privacy advocates. But next on the calendar is the 11 December expiration of the FISA Court order -- it is expected that the Obama administration will grant a further 90-day extension to the order so, for now at least, data collection continues as before.

Ron Wyden, Democratic Senator for Oregon, said, "those who value civil liberties and the US Constitution will not rest until there is true reform that ends this unnecessary overreach". The privacy debate will continue. This battle may have been lost, but the war against surveillance -- whatever form it takes -- continues.