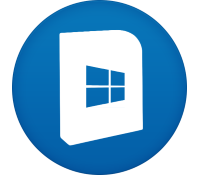 It’s important to keep Windows up-to-date, and the easiest way to make that happen is to let the operating system handle everything. Set Windows Update to "automatic" and get on with something else.

But if you need more control, some way to install only your chosen updates, at a time that’s convenient for you, then it might be worth looking at ABC-Update.

The program arrives as a simple command line tool, with nothing to install: just a single executable, program licence and a PDF manual. No need to worry about compatibility, it should work just fine on anything from Windows XP to 10.

Launch ABC-Update without any command line switches and it detects and lists both installed and missing updates. But if you want to focus on anything outstanding, ABC-Update /Q: IsInstalled=0displays patches you still need to download.

Of course the program will optionally install your chosen updates, too, as long as you include the Install switch (ABC-Update /A:Install). Or use /A:Uninstall to remove anything you don’t need.

You even get control over the usual automatic reboots. By default they’re turned off, so ABC-Update.exe /A:Install will install all available updates without rebooting at all.

But if you’re downloading lots of updates, maybe onto a new PC, something like ABC-Update.exe /A:Install /R:3 will set the total number of reboots you’ll allow. Instead of waiting around as Windows Update restarts your system each time, ABC-Update manages the process itself, installing as many updates as possible in each session, and only rebooting when absolutely necessary.

The program isn’t for everyone, of course, and the safest way to manage updates is still to leave them to Windows.

But if you need more flexibility, and you know what you’re doing, ABC-Update makes it relatively easy to take full control over which updates you install, and when you install them.