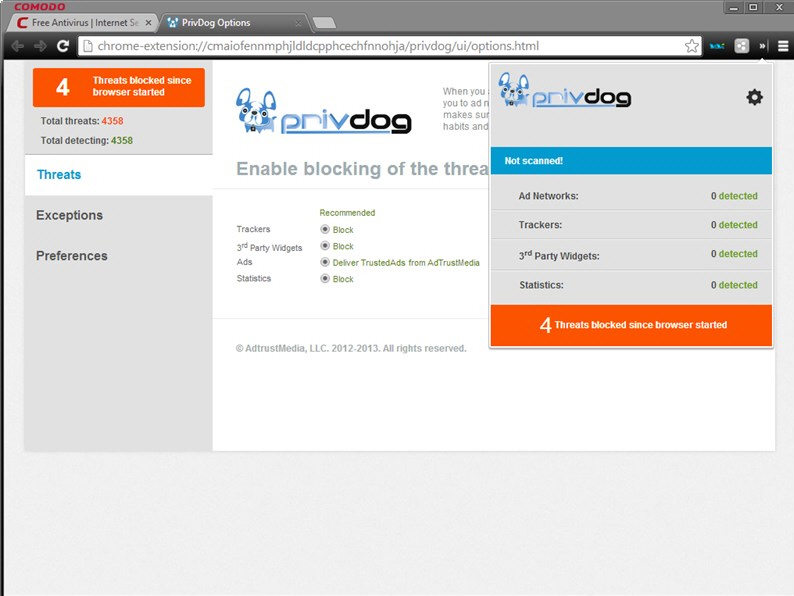 Comodo has unveiled a controversial new version of its Chromium-based browser with the release of Comodo Dragon 36.1.

The version number reveals that the browser is now based on version 36 of Google’s open-source Chromium browser, but the new release has already divided users with its major user interface changes. It also unveils an improved PrivDog privacy tool, plus fixes several issues with Adobe Flash.

The browser’s main aim is to provide a more secure browsing experience than Chromium by offering additional security and privacy features, such as switching to Comodo’s own DNS servers and providing integrated link scanning tools for helping block malicious downloads.

The most controversial change in Comodo Dragon 36 is the revamped user interface, which sees the Comodo Dragon button (and menu) dropped from the top left-hand corner of the screen. Users now access this menu from the right using the same hamburger-shaped button found in other browsers.

The Comodo logo has also been moved from right to left, although the black color scheme remains. Users main focus of complaint is that the browser loses many of its distinctive features, and now looks much more like Google’s own Chromium variant, Chrome.

Explaining the move, Comodo has revealed that mirroring the Chromium look should result in future updates arriving quicker -- "we’d rather be coding security and privacy than moving a logo or a button from left to right", one product manager stated. As things stand, Comodo Dragon is already running an outdated version of Chromium (which is up to version 39).

Other changes include full support for Chromium themes, allowing users to skin the browser differently if required, the promise of improved stability and performance with Adobe Flash, a refreshed app icon and numerous bug fixes.

Comodo Dragon 36.1 is available now as a freeware download for PCs running Windows XP or later.