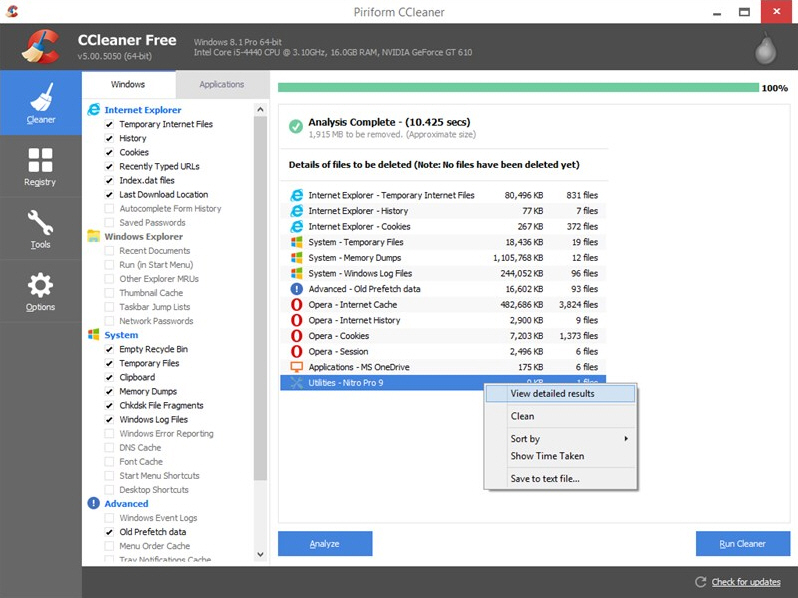 CCleaner 5′s user interface is a facelift rather than a complete revamp, and will be instantly familiar to existing users. Like the slew of UI updates unveiled by other Windows products, the new design is inspired by the minimalist styling of the Windows Modern UI.

Version 5 offers more than just a fancy new look, however. Chrome users will be pleased to learn that a new tool allowing them to manage plugins has been implemented, while the program also claims to have improved its Chrome start-up item detection.

CCleaner 5 also ships with an improved architecture that Piriform promises will deliver improved performance. Other enhancements see the program deliver an optimized 64-bit build for users of Windows 8 or later.

Stability improvements see the exception handling and reporting architecture both updated, while the system restore detection routine has also been improved. Pro users gain improvements to the automatic updates tool.

Piriform has also revealed plans for a new Disk Analyzer tool, which is close to being finalized, and which provides users with a tool for seeing which files and folders are taking up most space on their drives.

CCleaner 5.0 and CCleaner 5.0 Portable are available now as freeware downloads for PCs running Windows XP or later. A Professional version offering additional features including real-time monitoring and complete system cleaning is also available, and you can get it for just $17.46 through the Downloadcrew Software Store, which represents an amazing -- and exclusive -- discount of 30 percent off the MSRP.