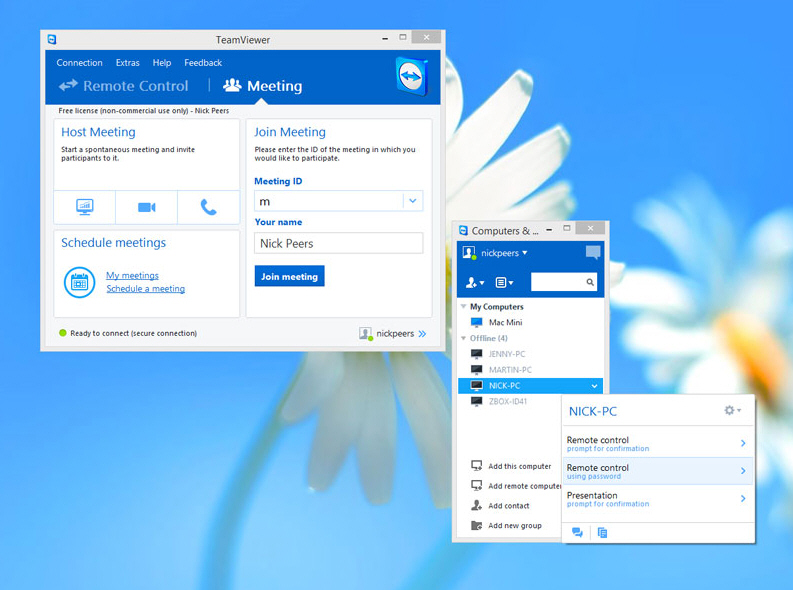 TeamViewer GBMH has released TeamViewer 10, its free-for-personal-use remote control software for Windows, Mac and Linux. Also available in portable form for Windows users, the new app boasts a host of new features, improvements and a redesign for good measure.

Chief among the changes are performance optimizations designed to take full advantage of multi-core processors. These include the promise of faster login times, better HD voice transmission quality and improved performance overall.

A new Central Settings Policies tool has been added to the Management Console for those using TeamViewer in a corporate environment. This is accompanied by a Master whitelist designed to speed up permitted access to all the devices owned by a user on that whitelist.

TeamViewer’s chat tools have been improved too with the introduction of a chat history feature as well as support for "persistent" chat groups, which allow users to create ongoing discussions. Improvements to the VoIP system allow users to initiate video and voice chats without first having to start a meeting.

A virtual "door lock" has also been added as an option for meetings, allowing users to set up the meeting undisturbed first, or to prevent people turning up late. Those who do appear after the meeting has been locked are visible and can subsequently be invited in.

Users can now add a profile picture to their accounts, plus automatically find nearby contacts and computers for connecting to.

Support for Ultra HD (4K) displays has also been added, while users can now jot down notes during a session rather than afterwards. The whiteboard feature has also been added to the remote control portion of TeamViewer, while a new idle session timeout also provides greater security.

The update also shows off a tweaked and streamlined user interface, which also offers new shortcuts to commonly used features and options.

TeamViewer 10 is also capable of integrating with Dropbox, Google Drive, OneDrive and Box for the convenient sharing of files during meetings or remote control sessions.