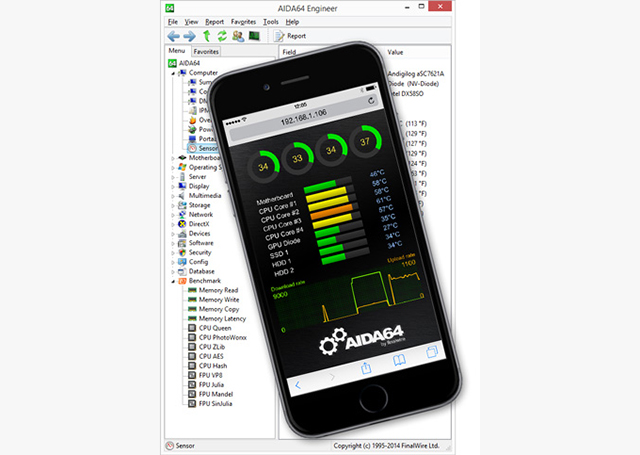 Budapest software firm FinalWire Ltd has released a major new version of its Windows diagnostic and benchmarking tool with the release of AIDA64 Extreme Edition 5.0.

Smartphone and tablet users gain a choice of two platforms: Logitech Arx Control works on both Android and iOS, while the new web-based RemoteSensor allows users to monitor via any mobile browser.

The update is joined by support for Aquaero and Aquaduct sensor devices, along with support for Gravitech, LCD Smartie Hardware and Leo Bodnar LCD devices.

Alongside this, improved support for Intel’s forthcoming Skylake CPU range (the successor to Haswell) is implemented. The update also comes with the promise of better support for Crucial’s range of SSD hard drives.

AIDA64 Extreme Edition 5.00 is available as a function-limited 30-day trial, with prices starting from $39.95 for a non-commercial license.