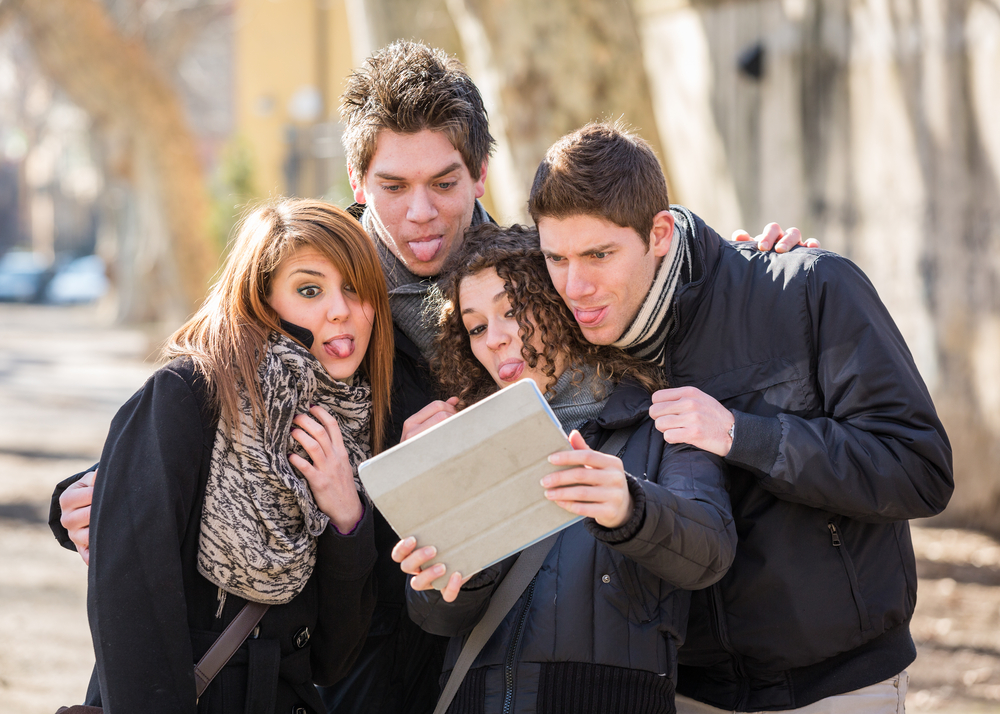 A new piece of research is arguing against the belief that modern technology is unsociable and interferes with families spending quality time together.

The research, commissioned by Tesco, found that almost a quarter of Brits surveyed felt better connected to friends and family thanks to gadgets like smartphones, tablets and computers.

27 percent of us regularly make video calls to conduct more personal long distance chats with friends and family (and 5 percent admitted to video calling a pet -- we’re not sure if our dog would recognize us, or not, but now we want to try it out).

Those over the age of 55 are more likely to make video calls, with 46 percent of this age bracket engaging in a bit of Skype or similar.

Overall, Facebook was the top way of keeping in touch with friends and family for 35 percent of those surveyed, with email second on 24 percent, and then video calling on 11 percent.

Tablets are also increasingly being used by multiple family members together, with 42 percent doing so, and one in ten parents using a slate with their child for education purposes.

Aaron Lee, Head of Connected Products at Tesco, commented: "Technology is sometimes thought to over complicate relationships, but our research shows that 23 percent of Brits feel better connected to their family and friends than they did 10 years ago, because of the gadgets available to them".

"We can see that in the way that people increasingly use their tablet with friends and family. It’s become much more of a 'sociable' device than it has been in the past and we reckon lots of families are going to be using it in this way over the Christmas holidays".

These are all fair enough points, but there are still a lot of youngsters (and not-so-youngsters for that matter) with their noses stuck in their phones rather than talking to people from where we’re stood.

5 Responses to Modern technology brings friends and family closer together