Americans are using social media to enhance Chanukkah and Christmas 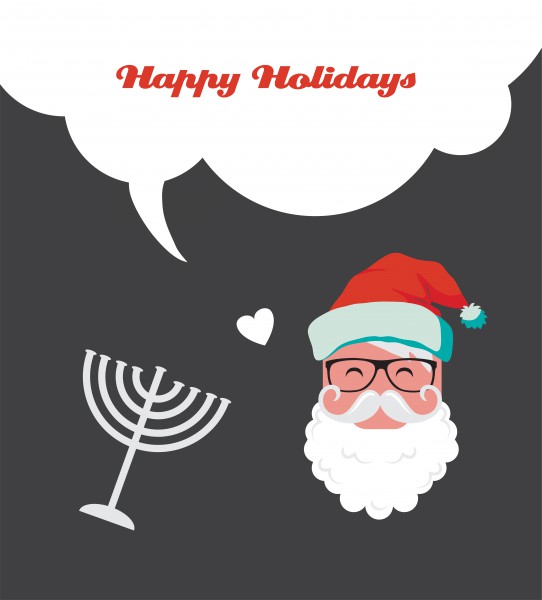 In the grand scheme of things, America is a very young nation. Still, we Americans have deep-rooted traditions that are carried over from our ancestors of the old-world. This is most apparent during the holidays -- in November and December -- as the country transforms for Christmas and Chanukkah. Even people that aren't of the Christian or Jewish variety are welcome to participate.

Lately however, Americans are using social media to enhance the holidays. In other words, even though old-world traditions like Christmas trees and Menorahs remain, modern services like Twitter and Facebook are being leveraged too. A new survey from Ebates.com shows us how much so.

"When it comes to how Americans use social media during the holiday season, more than half of the country (57 percent) say they wish friends and family happy holidays via social media. Another 4 in 10 (40 percent) share photos/videos of their loved ones while 1 in 5 (22 percent) post pictures of the gifts they received. Additional popular uses of social media during the holidays include sharing gift ideas (18 percent), going to a favorite brand's social media site to get deals or gift ideas (18 percent), and sharing selfies (17 percent)", says Ebates.

The company further explains, "nearly 3 in 4 (70 percent) Americans credit social media for making the holiday season easier for them. Top reasons consumers indicate how social media simplifies their holidays include feeling connected with friends and family who are all around the world (39 percent) and being inspired by different holiday decorations and photos that are shared (28 percent). Other popular ways social media makes the holidays easier are getting gift ideas from other friends/social media pages of brands (27 percent), previewing holiday shopping deals advertised through social media (26 percent), and seeing where friends and family are traveling to stay updated on their holiday plans (23 percent)".

Ebates shares the top social media networks for holiday posting. As seen below, Facebook is, by far, the most popular for such.

So, have you been using social media to enhance your holiday? If so, tell me how in the comments. You can see an example of my holiday begging on Twitter below -- hopefully Mr. Buffett comes through for me.

If any anonymous billionaires want to buy me the 2 items on my @Amazon wishlist, please do! http://t.co/uNdAhJkr3S @IntelUSA @WarrenBuffett