Is fashion behind the rise of wearable technology? 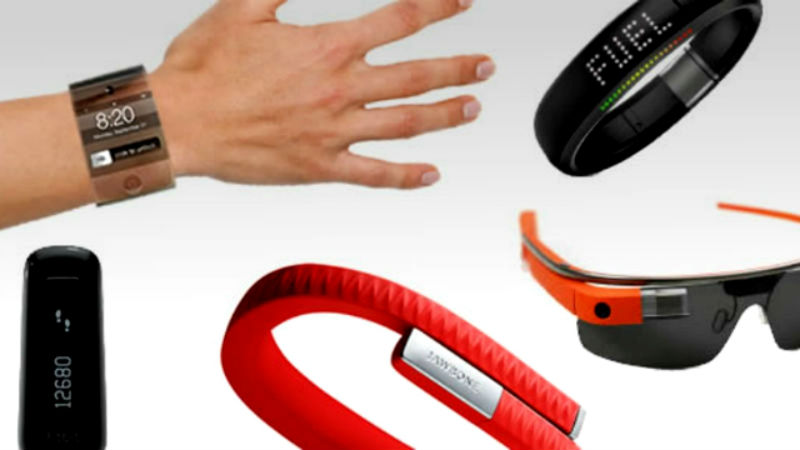 "Today, your task is to create a piece of wearable technology," Lord Sugar told the candidates at the start of a recent episode of BBC1’s The Apprentice. Unfortunately, the boys’ team went on to create a grey jumper with a small inbuilt camera and novelty Christmas lights. Meanwhile, the girls’ team devised a jacket with solar panels on the shoulders and a few lights on the lapels.

Not products that are going to grace the catwalk at London Fashion Week any time soon. Yet, for all their painful sound bites and poor decisions, the candidates were right to some extent in thinking that making wearable technology look fashionable is key. As it happens, the wearable technology sector is increasingly relying on the fashion industry to drive it forward, but is it enough for wearables to be wholeheartedly adopted by mainstream consumers? Let’s look at a few examples.

Take the new Apple Watch, for example, which represents the technology giant’s first move into wearables.

While it promises to be a fantastic piece of technology in its own right, what could make the Apple Watch really special is Apple’s commitment to working closely with the world of fashion. This is something that few wearable brands have managed to date.

From the start of the design process, in fact, Apple worked with top designers to ensure that the fashion industry would sit up and take note. The ‘Apple Watch Edition’ for example is a specially developed version of the smart watch with an attractive gold finish and high-end leather straps.

And the fashion world did take note. On Tuesday 30 September 2014, designer Azzedine Alia hosted a high-end dinner party in Paris to show off the Apple Watch. This party was attended by fashion giants Karl Lagerfeld and Anna Wintour, which led to the Apple Watch being featured by supermodel Liu Wen on the cover of Vogue China.

It’s likely that this marriage between technology and fashion will help to turn the Apple Watch into an item that people genuinely want when it launches in early 2015. Apple therefore have done it right. They’ve blended fashion and functionality to create a smart watch that really could go mainstream.

Google is another company that clearly wants to drive wearable technology into the mainstream with its smart glasses.

When Google Glass was first rolled out as a limited release in early 2013, some commentators hailed the device but plenty more dismissed it as something that real people wouldn’t be seen wearing in public.

Concerns were raised that Google Glass simply looked too techie to succeed.

Tellingly, one of the ways that Google has tried to rectify these design concerns is through partnering with fashion icon Diane von Fursenberg. Her fashion house promptly set about designing an extensive range of Google Glass products. The aim was to create fashionable and attractive glasses that people would wear on a day-to-day basis, but that would still incorporate Google’s technological innovations.

However, the everyday public may be a little while away from using Google Glass in their day-to-day lives since, even with Diane von Fursenberg’s help, they’re still obviously not normal glasses.

Fitness trackers have undoubtedly become a popular exercise accessory yet some still hold the reputation of being a bit plain and rubbery. For trackers like the Fitbit Flex, that are designed to be worn during day-to-day activities, the importance of making them look like a normal accessory that people would be happy to wear can’t be overstated.

Fitbit’s partnership with fashion designer Tory Burch therefore presents image-conscious consumers with far greater choice. The fashionable offering has been split into two different areas -- the normal silicone bracelet has been redesigned with a variety of patterns, and a series of brass bracelets has been introduced in an effort to turn the device into an attractive high-end piece of jewelry.

Like the Apple Watch, Fitbit and Tory Burch’s partnership succeeds in blurring the distinction between functional wearable technology and stylish fashion accessories, meaning consumers are much more likely to warm to these devices.

Interestingly, the combination of wearables and fashion isn’t just being explored by technology firms.

Fashion giant Ralph Lauren has recently taken the initiative by announcing The Polo Tech Shirt. The shirt, which is designed to be used while exercising, has various sensors that collect the user’s biometric data, including heart rate, calories burned, distance travelled and intensity of movement. All of this information is then transmitted to a smartphone app.

These are features that have already been incorporated into wearables before, but Ralph Lauren is the first recognizable and prestigious designer to develop this sort of product themselves. The shirt was demonstrated at the 2014 US Open where it was used by American tennis player Marcos Giron during his practice sessions.

The Polo Tech Shirt is expected to go on sale in 2015 with a reported price tag of $200, meaning that, as it stands, it might not make the gym bag of many ordinary consumers. Yet the fact that a recognizable fashion house is exploring wearable technology is to be applauded and we can only hope that more fashion brands follow suit.

Sitting halfway between the technology industry and the fashion industry is Puls, a piece of wearable technology fronted by the Black Eyed Peas’ will.i.am.

The first thing to know about Puls is that it’s not a watch. This was made clear at its launch event. Instead it’s being marketed as a ‘cuff’, a wrist accessory that incorporates some pretty innovative technology.

Interestingly, Puls can make phone calls without the aid of a smart phone. The device requires a data plan, from AT&T in the US and O2 in the UK, and has 1Gb of memory and 16Gb of storage. It also incorporates its own digital assistant called AneedA, a music player and a calendar. The device also integrates with Facebook, Instagram and Twitter, and there is scope for future third-party app development.

Puls, then, is an interesting offering. It’s full of promising features yet it doesn’t have the same mainstream fashion angle as, say, the Apple Watch. Instead analysts have suggested that Puls has been designed as an obvious fashion statement.

While brands like Apple and Google are trying to incorporate their offerings into existing trends, Puls seems to be striking out as a bold statement piece. It’ll be interesting to see whether Wil.i.am’s celebrity brand, coupled with a solid wearable product, can convince people to make that statement.

Wear next for wearable tech?

It’s clear, then, that there are those in the wearables industry who understand that fashion is what will drive their products forward. Tech giants Apple and Google, as well as the makers of individual products Fitbit, Ralph Lauren and Puls, have set out to produce mainstream wearables that people would actually want to wear.

There’s still a long way to go. Despite frequent assertions to the contrary, there’s unlikely to be a 'year of wearables' where everyone walks around with a smart watch or a fitness tracker.

Moreover there are still issues inherent in the wearables industry that could slow their adoption. Makers of wearables, for example, need to convince consumers that they provide utility that goes above and beyond that of their existing smartphone, in order to push them to make that extra purchase.

Yet this is something that those in the wearables industry say will change with time. As people see just what wearables have to offer they’ll see the value of using them day to day.

Coupled with the increasing cooperation between the wearable and fashion industries, this means that wearables could well work their way into our lives by being things both that we’d want to use and that we’d want to wear.

7 Responses to Is fashion behind the rise of wearable technology?