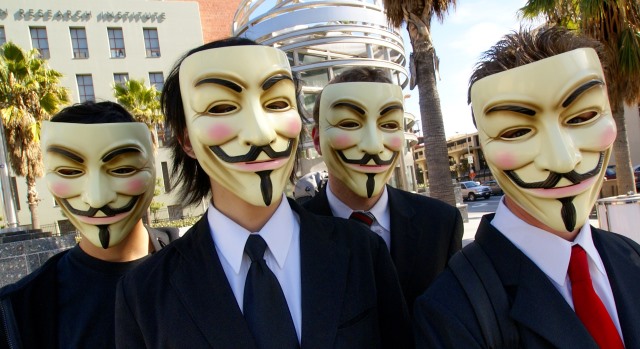 Hacker outfit Lizard Squad was seemingly responsible for the misery of thousands of gamers this Christmas after a series of DDoS attacks were launched on the PlayStation Network and Xbox Live. Mega's Kim Dotcom stepped into the breach and was seemingly -- temporarily -- successful in negotiating with the group and getting them to stop the attacks.

While the gaming networks appear to have come back online for some, this is not enough for Anonymous -- yes, that Anonymous. The international activist group has declared war on Lizard Squad, saying that the hackers have "made an enemy" and warning that "now you are all going down".

Anonymous posted a couple of videos to YouTube in which it -- in its typical dramatic style -- attacked Lizard Squad. While no direct reference is made to the attacks on Sony and Microsoft's gaming networks, the narrator addressed the gaming community as well as Lizard Squad itself. It seems that the declaration of war is about more than just the Xbox Live and PSN DDoS attacks.

In a blog post, Anonymous draws attention to its videos in which the group complains about Lizard Squad's suggestions that Anonymous is working with the FBI. The news was also shared on Twitter, where initial responses fell into two camps -- those complaining that Anonymous didn’t intervene sooner, and those interested to see the fallout of what happens next.

Here's the transcript of one of the videos as the voiceover can be a little hard to make out (this is Anonymous' own transcript, complete with typos):

Greetings Gaming Community & Lizard Squad aka Finest, It has come to our attention that despite our continued warnings you have decided to disregard our requests to stop promoting propaganda such as "Anonymous has joined up with the FBI". The only Anon that ever worked with the FBI is Sabu, the former Lulzsec's leader and now he's know as the biggest traitor and scumbag that shopped hes friends to the police in order to save himself among all Anonymous parties. The Leader of Lizard Squad Jord is also the leader of Finest Squad which is in the same position as Sabu (shopped two of hes friends to the police after hacked by Anonymous and, now is struggling to escape from us). Everything that's happening right now such as "Interview" is a typical brainwashing method of drama in order to save himself. You have made an enemy of Anonymous by saying that we are supporting FBI and now you are all going down!

The first video message to Lizard Squad posted by Anonymous on YouTube:

Just in case one message was not enough, a second video soon followed: