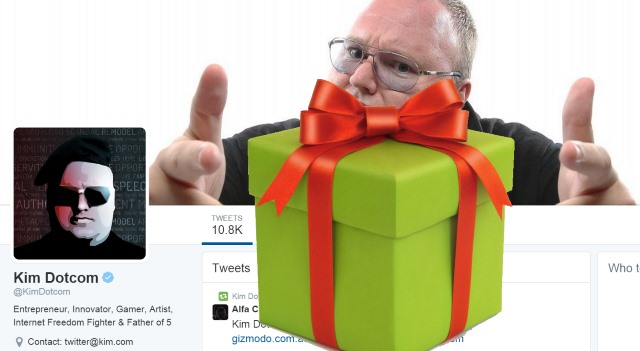 Gamers were disappointed this Christmas as both PlayStation Network and Xbox Live suffered massive outages following DDoS attacks. It wasn't long before hacking group Lizard Squad claimed responsibility, but anyone who found an Xbox One or PS4 under their Christmas tree quickly discovered that getting an online gaming fix was impossible.

This is not the first time that Lizard Squad has targeted Sony. At the beginning of December, the group knocked the PlayStation Network and Store offline, but this time Microsoft gamers also suffered. The attack started on Christmas Eve, and continued throughout Christmas Day. Then an unlikely hero saved the day -- Mega's Kim Dotcom.

Both Sony and Microsoft kept would-be gamers updated via Twitter and service status pages, but while both are still currently reporting issues, it seems that a Christmas gift from Dotcom will soon allow for online gaming. The internet entrepreneur intervened and made contact with Lizard Squad on Twitter, bringing about what he calls "a Christmas miracle".

Dotcom, who came to attention with his Mega Upload (then Mega) cloud storage service, managed to negotiate with the hacker outfit and convince it to back down. In a series of private messages, Dotcom offered members of the group 3,000 Mega vouchers -- worth $99 each -- which can be exchanged for 500GB of storage for a year.

A Christmas Miracle. How @MegaPrivacy saved @Xbox & @PlayStation from the @LizardMafia attack. Enjoy your games! :-) pic.twitter.com/qoaZ33eqCi

In an extra twist, Kim Dotcom added, "if you leave Xbox Live and PSN alone they will be converted to lifetime". This seemed acceptable to Lizard Squad, but Dotcom warned that "if you attack them again those vouchers will be terminated".

So, if you can't yet get online, it shouldn't be too long before you can.

It seems that Dotcom's efforts were in vain. While the DDoS attacks on PSN and Xbox Live appear to have stopped, the network remain down for many gamers. Kit Dotcom has handed the baton back to Sony and Microsoft:

I tried my best to get Xbox & Playstation back online. Sorry that so many of you are still suffering outages. The ball is now with Sony & MS