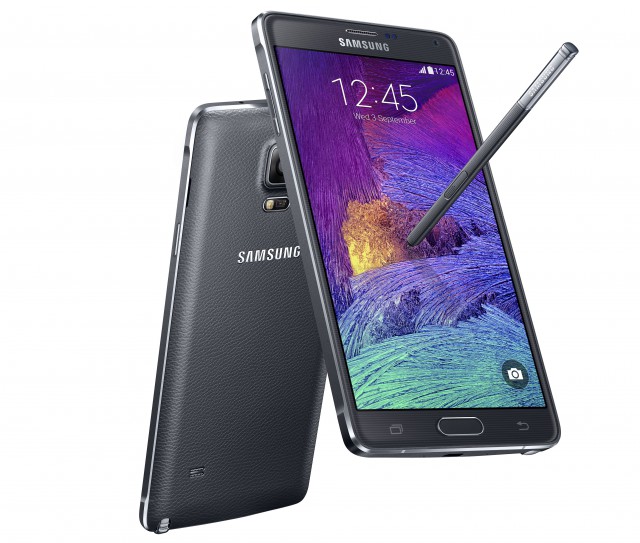 However, Galaxy Note 4 LTE-A will only be able to reach those kind of download speeds later in 2015, when 4G LTE Category 9 cellular networks are expected to be commercially available. That being said, the phablet does have another trick up its sleeve, which it will be able to use much sooner.

Because it features LTE-A Tri-Band Carrier Aggregation, Galaxy Note 4 LTE-A can connect to three cellular network bands at the same time, and, as the name of the technology implies, aggregate them into one, juiced-up connection.

Compared to the Snapdragon 805-powered Galaxy Note 4 -- which can only connect to up to two bands simultaneously -- the new model is better equipped to maximize the transfer speeds offered by today's fastest 4G LTE cellular networks, which enable download speeds of up to 300 Mbps.

One thing that Samsung is not clear on is which processor powers the new Galaxy Note 4 LTE-A. Is it still the Snapdragon 805, or has Qualcomm supplied its newer Snapdragon 810? Given Samsung's track record, I'm inclined to believe it is the latter.

There is no official word yet regarding where Galaxy Note 4 LTE-A will be available, and how much it will cost when it goes on sale.