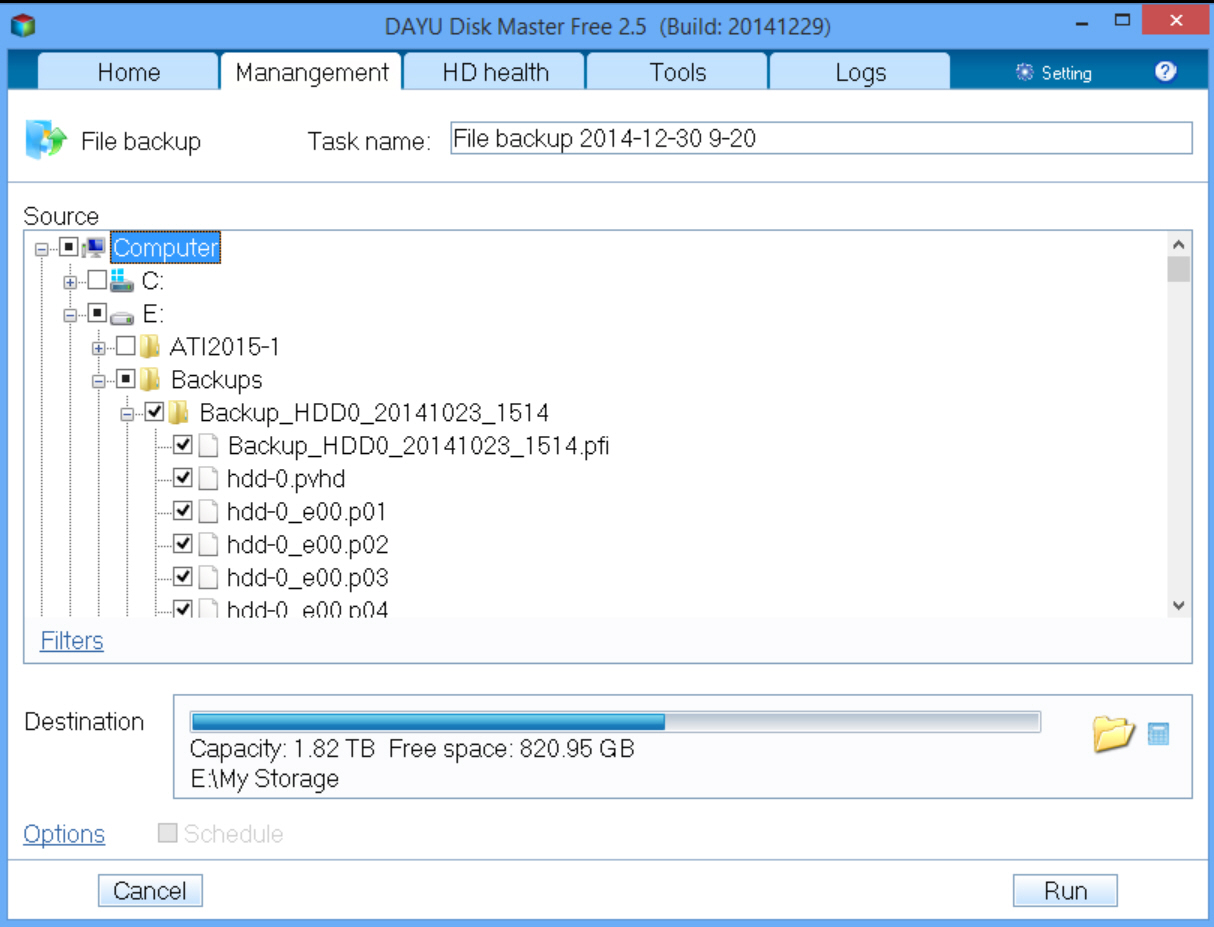 As usual with DAYU, there are plenty of settings and options, and you’re able to configure backup comments, compression, splitting, priority, throttling (set a maximum write speed), pre and post-backup commands, and more.

The commercial builds extend this further with support for encryption and backup scheduling.

There’s also a solid range of tools from the previous edition: image backup and restore (including via a hard-drive based "Pre-OS" environment), a RAM disk, virtual disk creator, SMART reporting module, and more.

Unsurprisingly there are restrictions with the free build (no backup scheduling, no encryption, no GPT/ UEFI boot support), but DAYU Disk Master 2.5 delivers much more than you’ll see with most similar tools. If you need this kind of versatility then give it a try.