Sorry Google Chrome, you are too bloated -- I am leaving you for Firefox 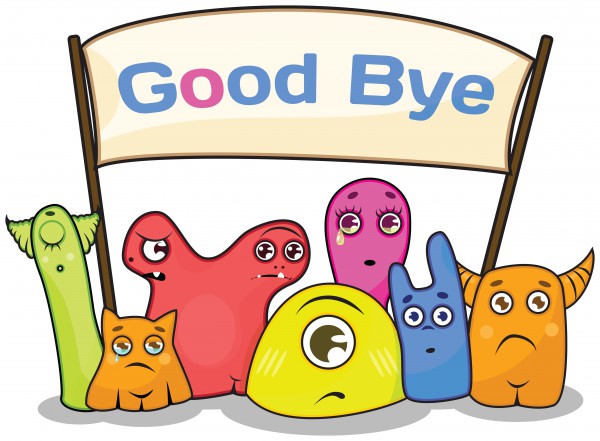 Google Chrome and I had a really great thing going. It is available for most operating systems (not Windows Phone, sadly) and allows me to easily sync my activity across systems. Whenever I install Windows or a new Linux distribution, the first thing I would do is install Chrome. True, Chrome is not entirely open source, and using it is a major faux pas for many Linux users, but I didn't care -- open source be damned, I wanted the ease of use. Not to mention, Google Chrome is technically the only way to get a modern version of Adobe flash working on Linux, thanks to its pepper flash implementation (damn you Adobe, for ending Linux development).

Unfortunately, Google's browser has been putting on some weight lately; hey, I'm a fat guy, I didn't mind too much at first, but things have gotten out of hand. Chrome eats through RAM like a termite at a lumber factory. Sure, RAM is relatively cheap, but not everyone wants to upgrade so a web browser can perform better. Hell, Chrome OS even runs like ass with less than 4GB of memory, and that is unacceptable. System resources are not the only way it is bloated, though. Instead, I am going back to my old girlfriend, Firefox. Mozilla's browser isn't perfect, but it better meets my needs right now.

If you haven't tried Firefox in a while, you should definitely revisit it; all of your favorite plugins are here. Plus, the user interface is clean, it starts quickly and best of all, it has sync. Yes, just like Google's browser, you can log in with a username and password to have your history and login credentials populate. This is wonderful when working between a traditional Linux distribution, Windows and Android.

Even something simple like the search box is wonderful, offering a clean way to select multiple engines. 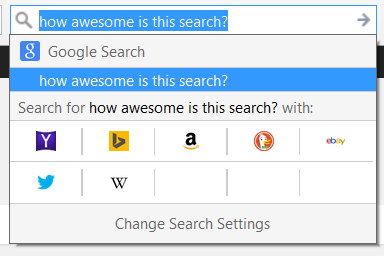 When I said I was leaving Chrome, I did not just mean on the desktop; I am using it on Android too. The fluidity of Firefox on Android is a pleasant surprise, as scrolling is a better experience than Chrome. My favorite feature, however, is that the address bar will show a little Android icon when an associated app is available. For example, if I go to Instagram in Firefox, I can tap on the icon to launch the app. I like this approach, as opposed to having the app auto-launch. This puts the choice in the users' hands.

The unfortunate "weak link", is iOS; iPhone and iPad users have no way to use Firefox on their devices. This is not a huge deal for me, as I mostly use my iPad Air to test things and play the spectacular Crossy Road; otherwise I am on the awesome Nexus 9. The good news is Mozilla is bringing its browser to iOS. The bad news? It will have to use Webkit, as Apple does not allow other engines in its environment. What does this mean? You will be able to take advantage of Firefox sync, but it will be a semi-bastardized version of the browser.

When it comes to RAM use on the desktop, Firefox is hardly a nibbler; it too consumes too much memory. As you can see above, 700+MB is still a lot. When I say "bloat", however, I mean more than just Chrome's system resources; I am referring to the ideology and experience too. Mozilla's browser uses less processes in Windows. This is a controversial thing, however, as there is a method to Chrome's madness. You see, Chrome opens every tab and extension as a process, and ultimately litters the process list in Task manager. This is arguably both good and bad. 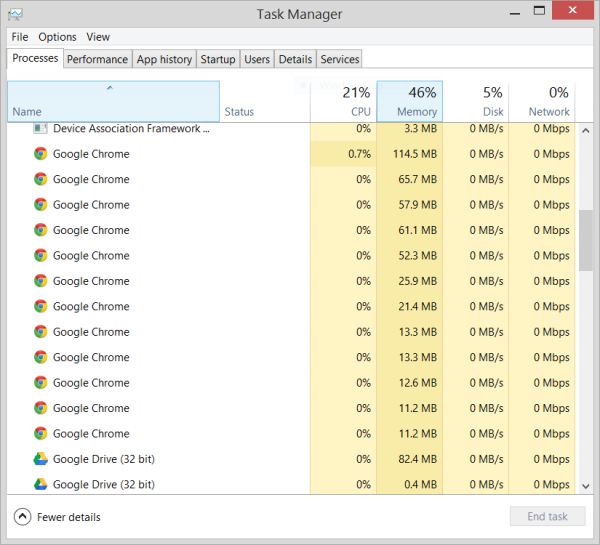 How is it good? Well, in theory, if one tab or extension happens to crash, it does not take down the entire browser, but instead just that tab. From a stability standpoint, this makes sense.

So, how is it bad? Well, if you want to see Chrome's CPU and memory usage, you would have to add up all the running processes, which is poor from an admin standpoint. This can also hide the true usage from the user.

What really drives me nuts about Chrome, however, is it wants to run all the time. When you install it, it defaults to running in the background. Again, there is a method to this madness, as Google uses Chrome as a software platform. For example, to take advantage of the Hangouts extension and have people reach you without being active in a browser window, Chrome must be running just for that alone. It's a bit absurd to have a web browser running in the background, eating up resources, just to run an extension for chat or something similar.

So, as a heavy Hangouts user, what will I do? I am turning back to an old lightweight program, Pidgin. Yes, the classic open source multi-chat program works great with Hangouts (Google Talk). Quite frankly, the UI is far better and is a much better experience than Google's boring web-based offering. 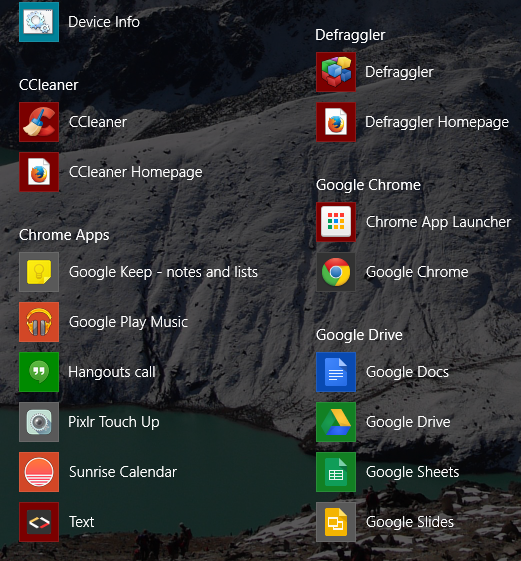 Another annoyance is that Chrome's web app shortcuts get installed on both Windows and Linux next to traditional apps. As you can see above, Pixlr Touch Up, which I only use on my Chromebook, is now littering my Windows install. This happens in Fedora, with GNOME 3 too. Why can't a web browser just be a web browser? Trying to be a software platform is what ultimately leads to me calling Chrome "bloated".

With all of this said, I am not leaving Chrome entirely or forever. I will continue to use the browser on my Chromebook as it cannot run any other browser (ya hear that, EU?). I will also use it on my iPad since Firefox is not yet available for iOS. I am only waving goodbye to Google's browser on Windows, Android and Linux -- for now.

Will I return to Chrome on those platforms? Maybe, I don't hate the browser and I expect it to improve. For now, however, I am happy with a dependable open source browser called Firefox. It is simply a web browser and I like that.

121 Responses to Sorry Google Chrome, you are too bloated -- I am leaving you for Firefox