Yahoo takes a big bite out of Google's search share, catching up to Bing 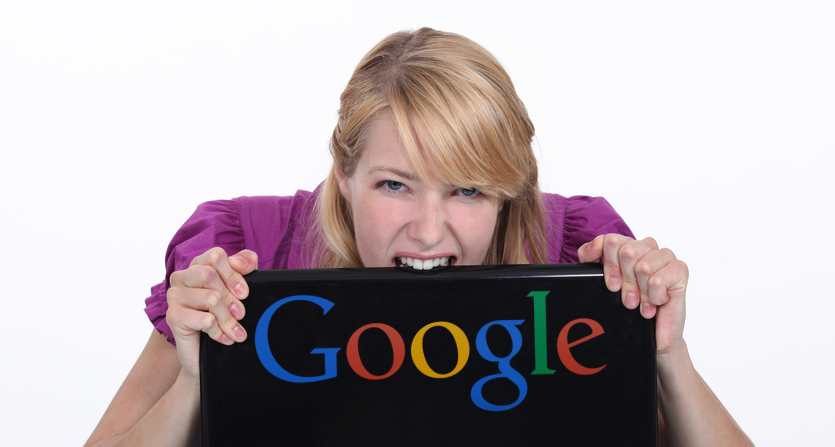 When Mozilla announced that Yahoo would be replacing Google as the default search choice in Firefox in the US, there were raised eyebrows everywhere. After all, Google has been baked into Firefox for the past decade, and Yahoo’s days as a top search engine are long gone. Or were long gone at least.

Yahoo’s inclusion in Firefox has given the ailing search engine a major boost, helping it achieve its highest US search share since 2009. Unsurprisingly, this share increase came at the expense of Google.

According to independent website analytics provider StatCounter, in December 2014, Yahoo claimed 10.4 percent of the US search share, up from 8.6 percent in November. That’s an improvement of 1.8 percentage points. Google dropped from 77.3 percent to 75.2 percent in the same time period. That’s its lowest search share in the US since StatCounter began recording search data in 2010.

Yahoo’s change in fortunes might not seem massive, but it’s now just 2.1 percent behind Bing which currently has a 12.5 percent share of the US search market. Not that Microsoft is going to be worried about the competition -- Yahoo search is powered by Bing anyway, and Google is the ultimate target for both.

"The move by Mozilla has had a definite impact on US search," commented Aodhan Cullen, CEO, StatCounter. "The question now is whether Firefox users switch back to Google". It's a valid question. Is Yahoo's gain a trend or a blip? We'll have a better idea in the coming months.

Firefox users represented just over 12 percent of US internet usage in December.

Worldwide, the picture is much rosier for Google which has 88.02 percent of the search market. Bing is on 4.51 percent, just above Yahoo on 4.38 percent. 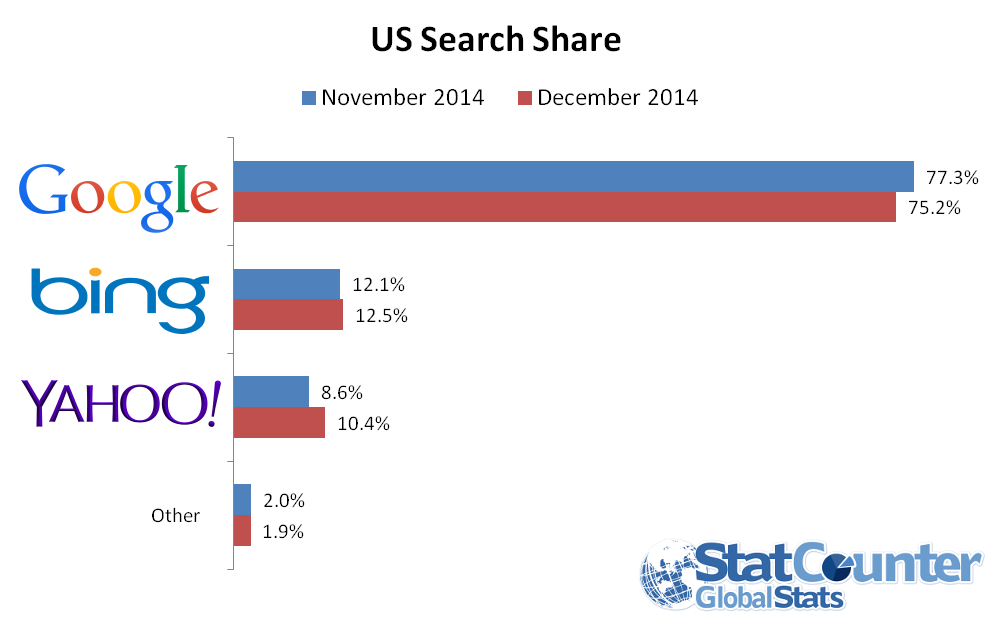 13 Responses to Yahoo takes a big bite out of Google's search share, catching up to Bing