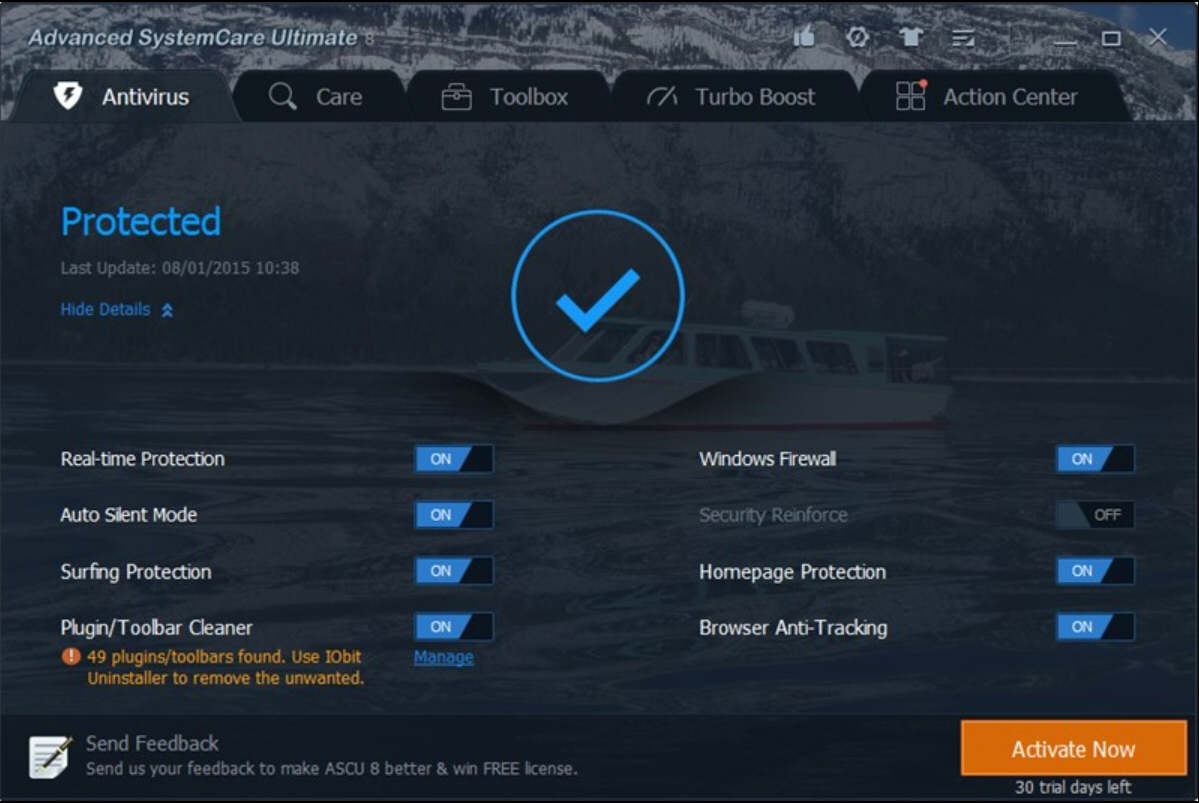 Ultimate users gain the same improvements and new features as found in the Free and Pro versions of the software, but also benefit from enhanced real-time protection from worms, Trojans and other malware, as well as new and improved browser security tools.

Users also gain an improved Privacy Sweep tool that now supports over 400 programs, while the database for spyware removal, Registry fix and surfing protection has also been expanded. Also added to version 8 is a Software Updater that alerts users to updates to other installed programs.

Performance is improved through a number of new enhancements, many of which have already debuted in the Free and Pro versions of the software. Users can now maximize the UI and change the program skin with their own choice of background, for example.

Users can now quickly set default programs via the Default Programs Tool, while the Disk Optimization tool has been rebuilt to support multi-disk defrag and SSD optimization.

A free 30-day trial of Advanced SystemCare Ultimate 8.0.1 is available now for Windows PC. You can purchase a single year license for three PCs for just $19.99 through the Downloadcrew Software Store, an exclusive 60 percent saving on the MSRP of $49.99.