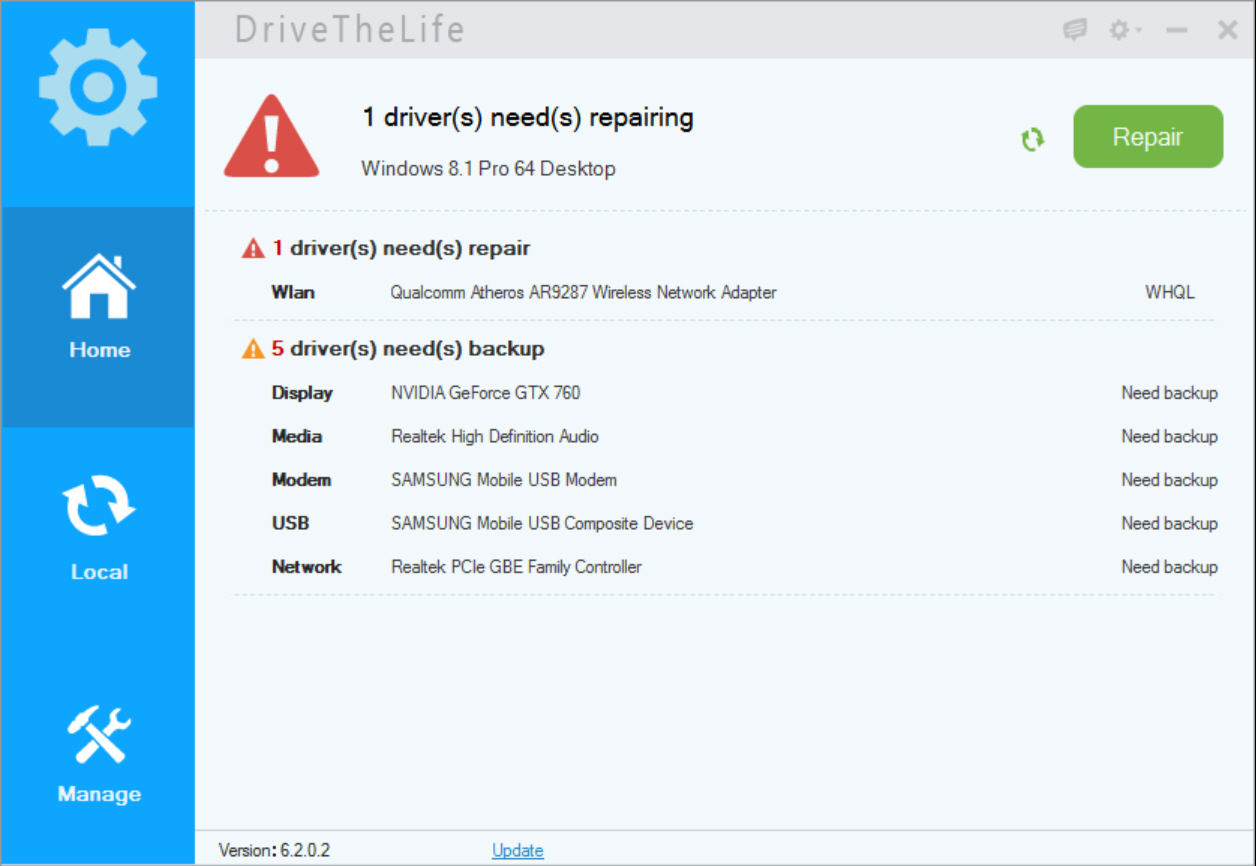 The benefits of updating your device drivers aren’t quite as clear-cut: it may be worthwhile, but if the new driver is buggy -- or you just make a mistake during the update process -- then you could seriously mess up your PC. It can still be worth checking for updates, though, especially if you’re currently having any hardware-related problems, and DriveTheLife is a free tool which automates the process for you.

Launch the program and it scans your system immediately, no prompting required. A report warned us that one driver needed "repairing" (we’re not quite sure what that means) and recommended that five drivers should be backed up.

Only five? We expected to see more, but DriveTheLife appears to ignore all the usual system devices. The report isn’t cluttered with details on SMBUS controllers, Event Timers or anything similar, with the program concentrating instead on five more major categories: Display, Media, Modem, USB and Network.

We clicked Repair, and watched as our wireless network driver was downloaded and installed, and our other drivers backed up. This all happened entirely automatically, no prompts displayed, no further work required on our part.

DriveTheLife’s Update function is separate, oddly, and not even visible on the Home screen. But on clicking "Local" we were told that two of our drivers required updating, and given options to process them individually or all at once (again, the updates ran smoothly and without any issues).

Our original drivers were also backed up to a local folder, C:\DTLFolder by default. If you have problems with an update then these can be restored in seconds. And in a neat touch, the drivers DriveTheLife had downloaded were also archived, handy if you need to reinstall or use them on another system.

If you’re unconvinced that automatic driver updates are a good idea then DriveTheLife isn’t going to change your mind. It’s a little better than many similar tools, though, and if you’re interested in this kind of application then it’s worth a closer look.